In case you thought the Palm Beach Symphony – Juilliard residency kerfuffle was done, it turns out that it was only the tip of a very unhappy iceberg. The Palm Beach Daily News published an article by Jan Sjostrom on 5/26/2012 that reports growing tension between the orchestra’s musicians and its Executive Director, Michael Finn. 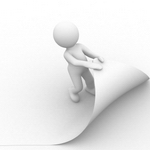 According to the article, the bulk of the labor dispute beyond the proposed residency is comprised of musician concerns that a recently hired contractor will replace many of the existing musicians along with growing tension between musicians and the ensemble’s Music Director Ramon Tebar.

Many of the musicians fear that Music Director Ramon Tebar aims to replace them with Florida Grand Opera’s players. […]Finn sent an e-mail May 2 to the musicians on its roster telling them to contact [the new contractor, Alfredo] Oliva if they want to play next season.

Tebar said the new roster will be ready by this fall, but did not respond to other questions about his dealings with the orchestra. Neither Tebar nor Oliva replied to inquiries about the hiring process.

It’s worth noting at this point that when questioned about his plans for communicating with the orchestra’s rostered musicians for the last article about Palm Beach Symphony appearing here at Adaptistration he declined to answer. That wasn’t included in the main body content of the previous article as it wasn’t directly related to the issues at hand but in light of the Sjostrom’s article, it appears to have far more bearing.

Sjostrom’s article reports a history of communication trouble between the orchestra’s management and musicians. In the example that eventually led to the proposed Juilliard residency, Finn claims he contacted musicians for ideas about school programs but failed to receive much interest.

“I asked them to come to me with ideas for schools concerts or if they had performing groups,” he said. “I got not one response, so I went with what I know.”

The musicians cry foul at that claim and many assert they were never contacted. At the same time, Finn is reportedly moving ahead with residency plans, sans official Juilliard participation, but avoided mentioning whether or not those plans will include existing orchestra musicians.

Disaffected musicians said they don’t recall Finn’s invitation, and that if he wanted a schools program, he should have approached them with a specific plan.

Finn said he intends to go forward with the residencies without Juilliard’s participation. He declined to say how local musicians might figure in his plan.

The article goes on to report on strained relations between the music director and musicians. The orchestra’s former concertmaster, Eliot Chapo, was quoted saying that he left due to Tebar’s behavior.

Ill feeling between the orchestra and Tebar has been simmering for some time. Some musicians claim that Tebar refuses to listen to them and wastes so much time lecturing them during rehearsals that whole sections of the music go unrehearsed. […] Eliot Chapo, the symphony’s former concertmaster, said Finn told him he’d quit his job when he acceded to Tebar’s request that he leave a February rehearsal where he objected to Tebar’s frequent interruptions.

“We’re all professionals,” said Chapo…”Some of us, like me, have been in big-name orchestras. You don’t have to be condescending and try to teach us. That does not go over well with qualified professionals.”

At this point, it seems as though the situation is in a holding pattern until the organization initiates the hiring process for the 2012-2013 season. If the musicians’ concerns end up being justified and the new contractor pursues a course of outsourcing and replacing many of the existing musicians, then labor relations may get very ugly.

On a brighter note, there appears to be plenty of time between now and when the orchestra intends to send out work offers in the fall for management and musicians to establish a meaningful dialogue and work through the issues and arrive at an amicable agreement.

Ideally, the group will find value in solutions that promote preventive maintenance and contribute to artistic growth over outsourcing and mass replacements as a salve for believed artistic woes. For more on that topic, set aside some time to read a pair of articles from 2010 on peer review (part 1 and part 2) along with an overview of a TEDx talk I gave in 2011 on the subject of labor relations.

What do you think; does the Palm Beach Symphony situation have more to do with individuals and process or is it the product of something else? If so, what?