In the eleventh hour of an ultimatum from the Atlanta Symphony Orchestra (ASO) and their parent board, Woodruff Arts Center (WAC), insisting that musicians accept a sharply concessionary agreement or face five weeks of canceled events (including a Carnegie Hall appearance), the ASO musicians acquiesced and accepted the full range of terms in their employer’s last, best, and final offer. 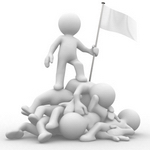 According to a report in the 8/26/12 Atlanta Journal Constitution (AJC) by Ernie Suggs it appears that the only item musicians managed to secure in exchange for accepting the terms is a six percent aggregate pay cut by five ASO executives. Additionally, the agreement will only last for two seasons and expires on September 6, 2014.

The Atlanta Symphony Orchestra Players Association (ASOPA) issued a press statement at approximately 3:00pm ET on 9/26/12 announcing that the agreement had been ratified by their membership.

Although there was no mention of the actual vote tally, the statement contained caustic language that makes it clear in no uncertain terms that blame for the organization’s troubles falls squarely on the shoulders of current and past executives, which include current CEO, Stanley Romanstein, and former CEO, Allison Vulgamore.

The musicians are not, and have never been, the cause of financial problems at the ASO, and in light of these agonizing cuts cannot be cited as such in the future. Their world-class performance is in stark contrast to that of the ASO’s leadership, both current and past. Management must be held accountable for under-performance at nearly every level for the past decade.

Traditionally, it is not uncommon to see an executive depart as part of closed door terms associated with a concessionary agreement. For example, in St. Louis, the executive overseeing their bitter labor dispute in 2005 left shortly thereafter and following that departure labor relations, along with the organization’s overall health and vitality, began to increase.

However, that trend has changed in the past few years. In two of the most highly publicized labor disputes, the Detroit Symphony Orchestra and Philadelphia Orchestra, their respective CEOs managed to remain firmly entrenched in their positions after securing steep concessions, and ire, from musicians.

Time will tell if the ASO’s executive leadership path will follow history’s well-trodden path or if it will veer onto the more contemporary route.

ASO Management released a press statement late the evening of 9/26/12 to promote the new agreement along with a stark warning that they must still increase revenue to meet the expense goals of the concessionary contract.

Management must still generate at least an additional $2.5 million in earned and contributed revenues to balance the annual projected budget deficit gap of $5 million. The Orchestra’s accumulated deficit is approaching $20 million — its annual operating budget is $45 million and its annual revenue is approximately $40 million.

That will almost certainly be a challenge given the nature of work environments following labor disputes. Suggs’ AJC article includes a few quote from me touching on that issue. And to add a bit of context to my quote at the end of the article doubting that the quality of music making will suffer despite musician warnings to the contrary, that is an accurate representation of my discussion with the AJC although one useful point to add is it was within the context of the immediate season.

Nonetheless, as key musicians leave, the orchestra will likely have a much harder time attracting individuals of equal quality. The  St. Louis example comes into play here as well in that following the leadership change, the organization moved with accelerated purpose toward increasing base compensation in order to stem artistic brain drain and repair any shortcomings in competitive recruiting for key positions.

The Atlanta Symphony Orchestra Players Association (ASOPA) announced that the musicians voted to accept a new Collective Bargaining Agreement (CBA) for the term of September 23, 2012 –  September 6, 2014.

In an unprecedented and extremely painful move designed to keep the music going, ASOPA agreed to every dollar in concessions that the Woodruff Arts Center (WAC) and ASO management have demanded since the lockout began on August 25.  In the interest of continuing to bring music to the community and opening the season on time, ASOPA has accepted $5.2 million in concessions over a brief two-year agreement.

The concessions were made against the backdrop of ASO board chair Jim Abrahamson’s claim that the ASO is “on the brink of extinction.”  Despite its executives’ dire assessment, the only ASO gesture toward sharing the financial pain is an agreement that CEO Stanley Romanstein, his second in command Donald F. Fox (whose salaries alone were $314,000 and $291,000, respectively, according to the most recent IRS documents filed by the ASO) and three other ASO managers will merely have their aggregate pay cut by 6%.  No staff running ASO subsidiaries, including Verizon Wireless Amphitheatre, will be affected.  The musicians had proposed that all staff earning the equivalent of their base salary and above share equally in the musicians’ sacrifices, which would have yielded exponentially greater savings.

Those charged with overseeing the ASO have done historic damage to the future of the Orchestra by insisting on an arbitrary “musicians’ share” of $5.2 million. They have set the ASO back over 31 years in work weeks for the musicians and over 10 years in musicians’ compensation, not even taking inflation into account. This will make it all the more challenging to retain and continue to attract the talent that has brought international acclaim and national prominence to Atlanta’s Grammy award-winning ensemble.

The musicians’ costs were a mere 28% of the total ASO budget in recent years, a figure which will now drop to 24%. Yet the musicians will now produce the vast majority of the savings demanded by the ASO and the WAC, absorbing 17% and 14% individual pay cuts in the two years of the agreement. The number of musicians will drop from 95 to 88, a figure that is almost eclipsed by the current ASO administrative staff of 74. The season will be reduced from 52  to 41 weeks in 2012-13 and 42 weeks in 2013-14. The musicians also agreed to shoulder part of their health insurance premiums, and to increased flexibility in working conditions, allowing ASO management to utilize the orchestra in smaller ensembles simultaneously.

When the ASO was last the size and season length it is being reduced to now, the administrative staff was smaller than 15.  The musicians are not, and have never been, the cause of financial problems at the ASO, and in light of these agonizing cuts cannot be cited as such in the future. Their world-class performance is in stark contrast to that of the ASO’s leadership, both current and past. Management must be held accountable for under-performance at nearly every level for the past decade. For example, the operations of the ASO’s expensive summer venues, Chastain Park and Verizon Wireless Amphitheatre (where the musicians will hardly play in the future) have repeatedly failed to meet revenue projections. These failures account for a huge proportion of the ASO’s recent deficits.  The ASO and WAC boards and the public must demand serious results from management — results that will begin rebuilding the ASO to major-league status.

The musicians of the Atlanta Symphony Orchestra have agreed to these deep concessions for one reason alone, and that is to do what they do best: continue to play great music for their public at an extraordinarily high level.  They hope you will join them in support and recognition of this sacrifice by attending upcoming concerts, donating generously, and recognizing that the people on stage are the assets that must be preserved.

NEW CONTRACT TO SAVE $2.4 MILLION PER YEAR

ATLANTA — A two-year labor agreement between the Atlanta Symphony Orchestra Players Association (ASOPA), the Atlanta Federation of Musicians, Local 148-462, and Atlanta Symphony Orchestra management was announced today. This will allow the Orchestra’s 2012-13 season to open as scheduled on Thursday, October 4, 2012, with Music Director Robert Spano and the renowned violinist Midori.

The new Collective Bargaining Agreement with the musicians covers the period from September 23, 2012, through September 6, 2014, and amounts to $2.4 million in annual contractual savings. Additional savings will come as a result of ASO senior staff compensation —which will be reduced by 6% for the duration of the two-year contract— as well as unfilled staff positions, and savings from foregone wages and benefits from the musicians.

Management must still generate at least an additional $2.5 million in earned and contributed revenues to balance the annual projected budget deficit gap of $5 million. The Orchestra’s accumulated deficit is approaching $20 million — its annual operating budget is $45 million and its annual revenue is approximately $40 million.

Details of the newly-ratified contract include:

Musician contribution to medical benefits for the first time.

New provisions allowing each of the 88 full-time musicians a 22% share of any annual surplus up to $3 million.

Since 2008, the ASO management has suggested that board members contribute more heavily to the Annual Fund and to financially support other efforts and events, which they have done. In that same time frame, ASO staff has endured layoffs, mandatory furloughs, salary freezes, hiring freezes, and increases in contribution to healthcare coverage.

Ticket sales have increased by 113 percent over the last decade and donations have also increased by 112 percent. In addition, the ASO initiated two additional net-positive contributing businesses: In 2004 it purchased SD&A Teleservices, Inc., (formerly MKTG Teleservices, Inc.), the nation’s oldest and largest provider of telemarketing services for cultural and cause-based non-profits; In 2008, it opened Verizon Wireless Amphitheatre at Encore Park, giving the Orchestra three performance venues in the metro Atlanta area. Both of these businesses are significant positive contributors to the Orchestra’s bottom line.

“I am extremely pleased to know we have come to a resolution that will allow us to move our Orchestra to firmer financial ground,” said Atlanta Symphony Orchestra President Stanley E. Romanstein, Ph.D. “Arriving at these contract concessions wasn’t easy, but it demonstrates the great partnership that we’ve always had with our outstanding musicians — we are immensely grateful to them. I would like to especially thank ASOPA President Daniel Laufer for his tireless representation of the Orchestra and his ongoing partnership in this process. I look forward to continuing our tradition of innovation and world-class music-making that Atlanta has come to love and expect.”

“These are difficult and unfortunate economic realities we face, however, with this new agreement I am confident we can have the strong future we all desire,” said Atlanta Symphony Orchestra Board Chairman Jim Abrahamson. “We all want the same thing: an artistically vibrant and financially stable ASO that serves this community for years to come.”