On Friday, 2/1/2013 the Minnesota Orchestra came together again to play as an ensemble under their music director, Osmo Vanska, for the first time since the lockout that has obliterated the 2012-13 season started. There are numerous reports about the sold-out and emotionally charged concert but after the applause, all that remains is the reality of a continued work stoppage. 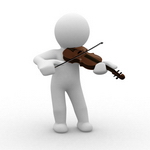 The fact that Vanska conducted the concert is nothing short of a miracle and was made possible due to the neutral event setting, which was sponsored by Minneapolis Mayor R.T. Rybak and long time orchestra angel Judy Dayton. Officially, the event was to celebrate the orchestra’s Grammy nomination for their recording of Sibelius Symphony No. 2 and Symphony No. 5.

MPR News published an article by Euan Kerr on 2/1/2013 that includes an interview with Vanska following the concert’s rehearsal. The fact that Vanska granted the interview is surprising given that insider scuttlebutt says the orchestra’s leadership told Vanska in no uncertain terms that if he spoke out again about the work stoppage, it may rise to the level of just cause dismissal and cancelation of his work agreement.

This unconfirmed human resources event was purportedly in response to Vanska’s 11/12/2012 letter where he expressed a number of heartfelt concerns about the impact of the work stoppage on the orchestra along with the organization’s mission based future.

And given that the animosity between the Minnesota Orchestra Association (MOA) and its musicians hasn’t exactly abated and in an environment where tempers run high and emotions run deep, even an unintentional pregnant pause from Vanska can be easily misconstrued.

Speaking of animosity, the latest bit of acrimony emerged last week when the musicians cried foul against the MOA for violating a press blackout when they released details that were not yet finalized. An article by Graydon Royce in the 1/30/2013 edition of the Star-Tribune reports that the MOA disputes a mutually agreed upon press blackout existed in the first place.

We are pleased today to share with you an update on our ongoing discussions with the Musicians’ Union.

As you may recall, our teams met on January 2, agreeing to a fresh start in our talks. At that time, the Board outlined a four-point plan that was designed to remove any remaining barriers to the musicians offering a counterproposal. We have now followed through on each of those points, by sharing future financial forecasts with the Union; altering our mission statement to address musician concerns; offering additional meeting dates; and agreeing to the independent financial review that the musicians have long sought. Our agreement did not include a media blackout, and we have continued to receive media coverage through the month.

With regard to the financial review, we’ve suggested the following specific parameters:

We’ve also noted that we are willing to include a fundraising feasibility study in the joint review in order to gauge whether any levels of new funding exist in the community to support the musicians’ contract. Currently our community supports the Orchestra through our Annual Fund, our Symphony Ball and our comprehensive campaign. As part of our strategic plan, we have implemented several new fundraising initiatives, including a 20 percent increase in Board giving, ongoing endowment fundraising and an artistic projects campaign to support touring and recording.

Our fundraising professionals have a good sense of the realistic fundraising capacity of our community, and we think we have accurately reflected this in our strategic plan, but this issue is at the heart of these negotiations, and we are willing to hear the musicians’ strategy around new funding and to test its feasibility and sustainability with an independent expert.

We still face a challenging road ahead—these reviews will require time and effort—but we hope that the independent analysis can bring us to a common understanding of the Orchestra’s financial position and the fundraising capacity of our community. We hope this will serve as the foundation upon which the Union can create a counterproposal, so we may begin the two-way negotiations that will lead to a settlement that assures a healthy Minnesota Orchestra for many years to come.

12 thoughts on “A Momentary Respite In Minnesota”