Although there is no progress to report on the six month work stoppage at the Minnesota Orchestra Association (MOA), Graydon Royce authored an interesting overview for the 3/30/2013 edition of the Star Tribune which provides an excellent recap alongside of a few key bits of new info.

On the MOA side of the equation, the article quotes MOA president and CEO Michael Henson saying he believes the union is holding out this long so they can leverage increased pressure next season by way of impacting earned revenue related to their ongoing concert hall renovation.

Michael Henson, the orchestra’s president and CEO, suspects the union may be delaying negotiations to use the reopening of Orchestra Hall as leverage.

“The hall opening is a wonderful moment,” Henson said, “but we need to be a sustainable orchestra for a long term.”

Although viable in the strictest sense, the notion is mostly farfetched. Within the realm of work stoppages, the employer almost always enjoys a stronger position due to smaller financial reserves among the employees. Add to that, the MOA has yet to provide any indication that six months of no concert activity is anything they haven’t already prepared for.

On the musician side, there was an interesting quote from the musicians’ negotiating committee chair, Tim Zavadil, that they would be willing to begin negotiations again if the MOA replaced their current offer without something new. The previous musician talking point centered on the need for a financial review to transpire before meaningful bargaining could proceed.

“If they came to us and withdrew their first offer and made another, we’d talk to them,” Tim Zavadil, head of the musicians’ team, said Thursday.

Perhaps unsurprisingly, this could just as easily produce continued deadlock if the MOA opted to use the opportunity for continued brinkmanship in the form of a revised offer that contained few, if any, substantive changes. 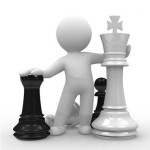 And since neither side can demand the other change representatives, it would be worthwhile to swap out the existing federal mediator with George H. Cohen, the current director of the Federal Mediation and Conciliation Service (FMCS), the department that oversees federal mediation in labor negotiations.

Cohen has been an integral mediator in classical music labor disputes before, including helping the Metropolitan Opera and its orchestra musicians avoid a work stoppage a few years ago when prior to his involvement, it seemed like forgone conclusion.

Introducing the Cohen variable could be enough to shake things lose or, at the very least, demonstrate that some stakeholders have been bargaining in anything but good faith. As a result, that exposure could hasten developments resulting in turnover among key leadership positions, thereby hastening a mutually satisfying resolution.

2 thoughts on “The Cohen Variable”