The 8/1/2013 edition of the Nashville Scene published an article by John Pitcher that reveals additional nonsense in the Nashville Symphony Orchestra (NSO) collective bargaining agreement (CBA) negotiations. Pitcher reports that there may be serious lack of communication between key members of the NSO leadership team and musicians appear to be responding in kind by leaking selective details from initial offers. 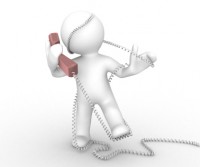 On the employer side of the equation, Pitcher points out that although a member of the NSO executive committee stated that details of the bank deal avoiding foreclosure would not be revealed until after a new CBA was ratified, the Board chair and COO did exactly the opposite.

[NSO] Board treasurer Kevin Crumbo said in a Tennessean interview earlier in the summer that those details would not be revealed until after the conclusion of the contract negotiations with the musicians.

As for the musicians, they’ve managed to leak details of the NSO’s original offer, which purportedly included cuts in annual salary from 30 to 60 percent.

According to an email obtained by the Scene, however, from union negotiators to NSO musicians outlining the situation, management initially sought a reduction in the musicians’ minimum annual salary from $60,000 to $42,953.40 — a nosedive of nearly 30 percent […]The original offer also proposed converting 16 of the orchestra’s 83 full-time musicians to long contract status — basically glorified part-timers who would earn $25,056.15 a year, amounting to a vertiginous 60 percent crash in pay.

Simply put, the entire situation comes across as a complete disappointment. There’s almost a sense that extreme elements on both sides are determined to snatch defeat from the jaws of victory after the institution managed to capitalize on a risky strategy to deflect Dickensian pressure from predatory lenders.

Ideally, employer and employee stakeholders will see value in abandoning brinkmanship, honoring your press blackout, and bargain in good faith to reach a mutually agreeable and fair deal.

In the end, labor peace and stability will never be easier and less costly to achieve than right now. All it takes is dropping pretense and remembering that more than a decade of working together to accomplish more than the sum of your parts is far more valuable than whatever you’re looking to gain walking down this path.