Divorce is a messy business. All parties face daunting legal, economic, and psychological difficulties. And much like a knife fight, there’s no way to go through one without getting cut but it looks increasingly like the labor equivalent of divorce is the option of choice in Minneapolis where the Minnesota Orchestra Association (MOA) leadership and musicians have all but determined that there’s little chance to move forward unless the other side leaves. 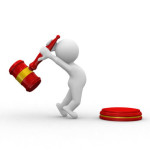 According to a 12/09/2013 Star-Tribune article by Graydon Royce, the musicians announced that they intend to begin giving regular performances and are even in the process of filing for their own 501(c)(3) organization with the mission of “inspir[ing] an ever-widening audience to seek a lifelong relationship with great symphonic music.”

Forming their own nonprofit organization poses some potential legal challenges and if the MOA decides to file an unfair labor charge, it will be fascinating to see how the Region 18 of the National Labor Relations Board rules.

Potential rulings notwithstanding, that doesn’t change the nature of the relationship and the 12/11/2013 edition of the Star-Tribune, once again from Graydon Royce, reports that 10 state legislators sent a three page letter addressed to the full MOA board calling for the resignation of CEO Michael Henson, Chairman Jon Campbell, Past Chair Richard Davis along with “any others in MOA leadership involved in the public deception and the financial mismanagement of the organization.” (full letter, h/t Star-Tribune).

Therefore, and to continue along the divorce analogy path, think of the situation like this:

From this perspective it is easy to see why expecting both parties to compromise and get back into bed with one another to make beautiful music as an idyllic family is an increasingly unrealistic expectation.

7 thoughts on “Is There Anything Stronger Than Divorce?”

X
Alex Ross Couldn’t Be More RightNegotiationsIn an 11/25/2013 article from The New Yorker, the ever sharp Alex Ross vents some frustration toward the Minnesota Orchestra Association (MOA) leaders…

Is There Anything Stronger Than Divorce?

382 min
X
Minnesota’s “Artistically Vibrant” Future…NegotiationsThe cultural blogging community is abuzz with in the wake of this week's pronouncements from the Minnesota Orchestra Association (MOA). Only Bill Eddi…
Send this to a friend