Earlier in the week, I mentioned MailChimp email marketing service and how much I like their service, one of the ancillary benefits is a genuinely terrific company blog that focuses on more than just obligatory best practices posts; instead, they focus on lessons learned along the way from their own mistakes. 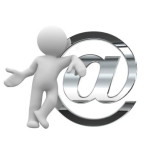 Case in point was one of their posts from 10/31/2012 about reducing irrelevance by way of improved list segmentation and refined content creation. The post’s author, MailChimp co-founder Ben Chestnut, described being under pressure to get an email blast out in order to begin gathering survey data but instead of diving into the raging deadline rapids, he popped his head up and took a long, hard look at his desired destination. As a result, it meant thinking more about the people receiving the email

I was in a hurry, so the first thing I did was grab a pre-designed email template, then I plopped in some quick text along with a link to my survey. Then I stopped myself. Just because I’m in a hurry, and my team really, really needs this feedback soon, and even though it’s “just a quick survey” I need to slow down and respect my recipients’ time here. So I took a break and thought about what would make me actually stop my busy day and take someone’s survey.

Long story short, Chestnut ended up creating an email that produced far better results and useful data than if he simply jumped in and struggled against the current (you can read his entire post for details).

Currently, I’m on a few hundred email lists and as a result get no less than a few dozen e-blasts per day from various performing arts orgs. The sheer volume means I rarely do anything beyond scanning the email header and maybe the message body. But every few weeks I’ll take the time to go through everything in more detail and it is difficult to miss how many messages are geared toward the double barrel shotgun full list approach.

Even through I’ve never been to an event from the vast majority of groups, it isn’t uncommon to catch phrases like “as a regular ticket buyer” or “as one of our season subscribers.” Really? I don’t do any of those things so how does this respect the reader’s time? Did my email address make it into the organization’s list because I signed up, they purchased it, or I actually attended an event?

Based on the prep phrases, they don’t and the message was composed in a hurry with a specific conversion goal for marketing and/or development. In addition to messages coming in from groups inside the field, I also get hammered with messages from indie pop groups and unscrupulous PR agents/firms pushing junk performing arts acts.

The typical result is the sender’s address ends up in my blacklist; now, I can already hear the questions asking why not simply click the “unsubscribe” link? Good question, because that’s a trick used by unscrupulous senders to verify that a human being opened a message. Once they have that confirmation, they sell/trade lists of those confirmed email addresses via Black Hat SEO markets. As a result, I strongly recommend using your email client’s blacklist functionality unless you know the sender is legit and/or is using a legit service, such as MailChimp, Constant Contact, etc.

But I digress; in the end, it pays to take some time and take a good hard look at your email lists and see if you’re getting everything you can out of segmentation and thoughtful copy writing.

And to reiterate my support for MailChimp as a superb email marketing client, not only do I use it here for Adaptistration’s Weekly Email Summary, but I also use it as a key provider for the Venture Platform by serving as the integrated email marketing platform.

2 thoughts on “Respect Your Recipients’ Time”