You’re in for a treat today because you’re going to learn how you can be just like a large donor; without needing all of that money. Moreover, we’re going to tie this into our series of posts that take a cue from public radio with another variation on their more successful pledge drive themes, as defined by June Thomas’ excellent 2009 article in Slate Magazine on the topic of public radio pledge drives, to help promote the Orchestra 990 Database Project’s Kickstarter campaign.

Today’s Appeal Is About Influence: Do What The Big Money People Do 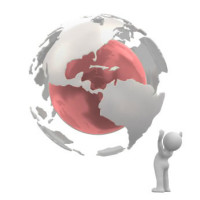 Have you ever wondered what the secret is behind how wealthy donors become involved in projects? Let’s just keep this between us but the secret is simple: they leverage favors and one-upmanship.

Here’s one example; a wealthy insider decides to become part of an organization’s fundraising campaign knowing full well that each and every other wealthy insider they hit up for a donation is going to come back at a later date asking for a donation to his/her cause; and you can be damned well sure that you’re going to contribute when they come knocking. Break that cycle and you risk becoming a pariah.

Next up is leveraging advantage over your peers by contributing more than they did. “Hey there fellow wealthy insider, I heard you just gave $1 million to the Build-A-Thing campaign and I think that’s great; so much so that I just gave $1.5 million.”

Do you see how simple it is?*

And now you get a chance to practice both skills and enter the weekend riding the dual rush of high risk favor trading and market rate psychological validation; it will be like an emotional cocktail made from all your favorite top shelf spirits! How incredible is that?

Here’s all you need to do:

So what are you waiting for, there are only 14 days left and we have plenty of fundraising ground to cover so get out there and get your influence on.

If you haven’t already become a backer, you had better hurry or you’re going to risk being losing the opportunity to wield influence and leverage favors!

Become A Backer Today!
* My tone may be satirical, but in all honesty, this is how it essentially works more often than not.

X
Talking Big Data With The SoundNotion CrewFinanceLast Sunday, 3/9/2014, I had the pleasure of appearing on SoundNotion.tv and in addition to talking about Minnesota's CEO, Memphis' future, and The Me…

262 min
X
Only You Can Save The Day!FinanceYou only have two more days to back the Orchestra 990 Database Project's Kickstarter campaign so it is time to pull out all the stops and do everythin…