You only have two more days to back the Orchestra 990 Database Project’s Kickstarter campaign so it is time to pull out all the stops and do everything you can to help meet the goal. To that end, we’re going to continue taking a cue from public radio with another variation on their more successful pledge drive themes, as defined by June Thomas’ excellent 2009 article in Slate Magazine on the topic of public radio pledge drives.

Today’s Appeal Is About Saving The Day: It’s Now Or Never 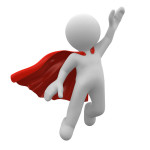 Many of you have already generously become a backer along with promoting the project through your Facebook and Twitter accounts; each and every one of you have my heartfelt thanks and appreciation! You’re one of a special group who realize the game-changing value related to improving field-wide institutional transparency.

For everyone else, what are you waiting for?

Granted, I’ll admit it is always more fun to be one of those who ride up at the last moment to save the day so if you’ve been waiting for that moment, here it is.

The math behind reaching the goal is entirely straightforward and equally attainable; here’s all it would take if you limit giving to the two primary orchestra stakeholders:

Even the partial participation figures are profoundly affordable:

When you start throwing everyone else that would benefit into the mix (board members, patrons, academics, students, consultants, etc.), you can see that that it doesn’t take all that much to cross the finish line.

So what are you waiting for? Go, pledge, and enjoy those good deed endorphins!

Become A Backer And Save The Day

X
Wield Influence Just Like A Big Money DonorFinanceYou're in for a treat today because you're going to learn how you can be just like a large donor; without needing all of that money. Moreover, we're g…

Only You Can Save The Day!

232 min
X
Stop Me Before I Pitch Again!FinanceBased on the amount of email and FB messages coming in, I know folks are very anxious to hear more about insider insights related to the Minnesota Orc…