The 6/15/14 edition of the Toronto Star published an article by Allan Woods that reports the Quebec members of the American Federation of Musicians (AFM) voted to separate from the parent union. 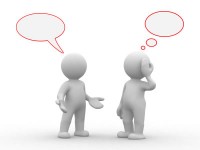 Granted, the vote was nothing but close, a reported 53.3 percent majority, but the decision throws all sorts of wrenches into the governance works of the AFM thanks to a series of laws and regulations in Quebec that contradict, and may eventually supersede, policies and procedures stipulated in the union’s bylaws. For now, it’s all up in the air.

And what’s the ruckus all about? According to the article, much of the consternation is the byproduct of the AFM failing to provide French translations of contracts and related documentation.

It was so bad that Quebec’s language watchdog cautioned the majority-francophone guild with a warning for distributing English-language contracts to French-speaking members. The central union apparently hadn’t bothered with translation and the local leadership lacked the money for legal fees.

“We told the AFM at that point — it was nearly two years ago — and there was nothing published. They still haven’t done the translation and they’re perfectly aware of the problem,” said jazz guitarist Luc Fortin, president of the Guilde des musiciens et musiciennes du Québec.

However, according to a letter dated 1/31/2014 from Alan Willaert, AFM Vice-President from Canada, the issues appear to extend into the overall costs associated with conforming to some of Quebec’s unique regulations as related to professional artists.

Although it is tempting for those of us here in the US to look at the situation with a degree of detached curiosity, don’t think for a moment that we are immune to debilitating language barrier problems.

Within the next 30 years, as the Hispanic population continues to grow, the influx of Spanish speaking citizens will reach a potential tipping point and it doesn’t matter if you’re a musicians union or an arts marketer, the time will come where multi-lingual skills will become a requirement for doing business.

Well This Is An Interesting Union Issue

481 min
X
Forehead SlapCurrent EventsAlthough it isn't unheard of to deflect attention from one crisis by creating another, more manageable one, on a smaller scale it is unlikely that was…