The 8/6/2014 edition of New York Times published an article by Anthony Tommasini titled “Let’s Talk About Risk at the Metropolitan Opera” and from a perspective limited purely to the confines of traditional music criticism, it’s a pretty good article. Regrettably, that’s one of the least useful perspectives to evaluate risk as it applies to the business of arts so it seems poignant to take a moment to expand the conversation.

An Appropriate Frame Of Reference 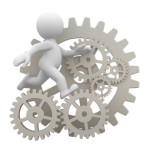 First, in order to discuss risk you must do so via a quantifiable risk/return ratio, something we touched on briefly here in an article from 8/4/2014. Tommasini’s article focuses mostly on the value of risk as it applies to advancing an art form and only makes the connection with actual return via observational data.

Perhaps unsurprisingly, it isn’t difficult to wrap your head around the notion that embracing risk is a fundamental component of any successful long term business strategy and applies evenly across both nonprofit and commercial sectors.

But risk without adequate return runs the danger of creating an unsustainable balance that no combination of concessions or revenue can subsidize and this is where the proverbial rubber hits the road when applied to the Met.

The Met Situation Is Stranger Than You Might Think

Risk/return ratios, although not often addressed by name, are at the very core of what drives most labor disputes, and not just since the economic downturn; instead, they’ve been at the heart of labor negotiations for the past four decades. What makes the Met dispute strange is that the institution has adopted a useful strategy most groups avoid but seems intent on failing to learn the most valuable lessons it can reap from those efforts.

Historically, most groups avoid risk because of the costs involved create a negative potential return. In the Met’s case, they initiated their elevated risk programming within the existing expense structure as dictated by the numerous union agreements. They deserve genuine kudos for adopting an approach that, compared to peers, is unquestionably defined by a high degree of testicular fortitude.

Unfortunately, those efforts have failed to cumulatively produce enough of a return in metrics that matter most in this economic climate: ticket sales, positive critical reviews (which impacts their position as a global artistic leader), and increased philanthropic support. Each of these are necessary to offset the related labor costs but according to the Met’s data, they have regressed in most of those metrics.

Simply put, the Met dispute would be very different if those risk driven artistic initiatives managed to maintain high average attendance rates or even increases that facilitated the need for middle ground via employee work agreements.

But that isn’t the case and the result is a scenario where the Met wishes to continue with its current level of high risk initiatives but now desires to compensate the lost revenue solely with employee concessions.

As of now, the Met doesn’t seem keen to acknowledge the risk/return ratio associated with General Manager Peter Gelb’s artistic initiatives and instead, has decided to craft its bargaining justification around what might be best defined as a “things are bad all over” approach.

As a result, there has been very little middle ground oriented discussion and the Met categorically rejects any notion that artistic initiatives have produced a negative risk/return ratio. But the real trouble here is they have also failed to demonstrate where any of their proposed cuts would reverse that return other than simply having less impact on the annual budget.

Simply put, even if each of the union’s folded like a collective pack of umbrellas, it wouldn’t reverse negative trends related to the metrics trio of attendance, critical reviews, and philanthropic support (as an important aside here, the Met has asserted that the latter metric would improve via a planned capitalization campaign but there has been no indication that the seed money for such a campaign has been secured).

Case in point, although bargaining between the Met and the American Federation of Musicians (AFM) and American Guild of Musical Artists (AGMA) has been on hold pending the results of an ongoing independent financial review (details), bargaining has been forging ahead with the International Alliance of Theatrical Stage Employees (IATSE). On 8/8/2014, NY1 News reported that the Met rejected an IATSE offer to initiate an across the board five year pay freeze for all IATSE member employees.

In the end, it seems clear that union employees aren’t going to emerge from this dispute without accepting some form of concessionary agreement or similar financial pain via a lockout, but the real key for the Met’s future depends on whether or not the institution’s board leadership will accept a degree of responsibility to capitalize on those concessions by coupling a much higher threshold for accountability as related to the institution’s risk/return ratio.

Barring that, you can only expect the situation to get much worse before it even has the potential for getting any better.