One of the more confusing aspects related to the Atlanta Symphony Orchestra (ASO) lockout is how the relationship between the ASO and the Woodruff Arts Center (WAC) impacts the organization as a whole. We’ll be diving into those issues as they relate to board governance in a future article but for today, we’ll examine the administrative piece of the puzzle. 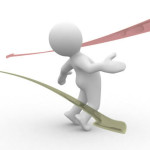 According to the ASO’s Musician Contract Negotiations FAQ page, the organization implies that it suffers under the weight of an understaffed administration.

We have one of the smallest staffs of any major American orchestra…[and] according to a study conducted by the League of American Orchestras, our staff ranks at the lowest end of our peer group in compensation.

The current staff size for the ASO is 48, down from 61 two years ago.

Set aside for a moment that the organization just convinced existing and prospective arts managers that working for the ASO is a negative return (do you want to work for an employer with the lowest wages in a field that already pays less than for profit peers?); but the bit to pay attention to is the figures are misleading because they don’t include any of the administrative support from the WAC.

Nonetheless, they do manage to mention those items via a separate FAQ, outside the context of how little they pay their administrative staff. The respective FAQ goes so far as to detail a litany of shared services and from a staffing perspective, the shared services model could effectively nullify the position cuts.

The ASO benefits tremendously from the Woodruff Arts Center’s shared services model. The Woodruff provides the ASO and the other divisions of the Woodruff a variety of services, including Finance, facility maintenance, utilities, Information Technology, Human Resources and Development.

If you’re curious about how those shared services impact the ASO’s administrative performance level, it appears that you’ll simply have to guess as the FAQ document doesn’t detail which positions eliminated two years ago were rolled into WAC’s shared services model, save for the development department, nor do they indicate if any of those services actually enhanced their pre-2012 levels. In the sole instance referenced via development services, the ASO portrayed a program that is capable of functioning at a level exceeding previous performance.

[The ASO] integrated the development function to make it more efficient and to make it more donor centric. Over time, we absolutely expect to raise more contributed income than we have in the past, not only to benefit the ASO but all of the Woodruff divisions. That will take time, however, as we put the new organization into action.

The mixed messages here are profound; on one hand the administrative staffing structure has been decimated yet at the same time has never been better thanks to the shared services model.

In the end, the you can’t claim poverty while simultaneously illustrating how “rich uncle WAC” pays for your utility bills, sends a housekeeper to clean up your place once a week, provides your Smartphone, or lets you use his accountant.

Assuming the dispute does not resolve, we’ll not only take a close look at the governance issues mentioned at the top of this article, but we’ll deconstruct some more spin related to the dubious practice of using the administrative staffers as human resource shields to deflect attention away from executive compensation.

2 thoughts on “Deconstructing Some Spin From Atlanta”