On Saturday, Atlanta Symphony Orchestra (ASO) CEO Stanley Romanstein erroneously announced that the ASO and its locked out musicians had entered federal mediation and by Monday morning, he was no longer the CEO. It is unknown if the mediation gaffe was grounds in and of itself for the shift in executive leadership or if it was part of a larger conflux of events, but what is known is Romanstein resigned from his position on Monday although he would make his services available through the end of October, 2014. 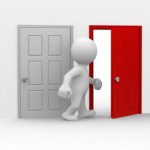 The New York Times’ Michael Cooper reported that Romanstein resigned “effective immediately” and was quoted saying “I believe that my continued leadership of the ASO would be an impediment to our reaching a new labor agreement with the ASO’s musicians.”

To that point, Romanstein’s record was a frequent target of musician criticism and their press statement issued shortly after the resignation announcement reinforces those sentiments.

Atlanta, GA September 29, 2014. This afternoon the Musicians of the Atlanta Symphony Orchestra learned of the resignation of ASO President and CEO Dr. Stanley Romanstein. The Musicians remain locked out by WAC/ASO management since September 7 and have been told their health coverage will be cancelled in two days. They hope this decision will lead to an agreement and end the lockout, and that the ASO Board will seek the help of a proven and experienced symphonic arts leader with an outstanding record of fundraising, marketing, and innovation. This is a good opportunity for the WAC/ASO and Atlanta to take heed of a statement made by the former President of the Woodruff Arts Center, Dr. Charles E. Glassick, on its 25th anniversary on November 8, 1993: “It was never a part of Mr. Woodruff’s vision that we would reach a plateau and then level off; it was never a part of Mr. Woodruff’s dream that we would achieve a certain level of quality, and that would be good enough for Atlanta. No, today as in the past the Woodruff Arts Center is on a continuous search for quality, where excellence is our only yardstick. And we invite you to join us on that quest.”

The ASO appointed board member Terry Neal as interim CEO until a permanent replacement can be found. According to an article by Howard Pousner in the 9/29/2014 Journal-Constitution Arts & Culture blog, Terry is a retired, career long Coca-Cola executive and has been an ASO board member since 2013.

For now, there has been no word on whether or not Neal will be involved in the bargaining nor is there any indication that the ASO or its parent institution, the Woodruff Arts Center (WAC), will increase its presence to fill the void. At the same time, Virginia Hepner, WAC president and CEO and a key figure in the executive decision making apparatus responsible for approving any new agreement, was quoted in Pousner’s article saying the WAC’s bargaining positon remains unchanged in the wake of Romanstein’s departure.

Romanstein’s resignation does not change the ASO’s financial challenges, “nor signal any shift in the key issues being addressed in the collective bargaining agreement process.”

For now, it will be interesting to see if that is the case or if the institution adopts a more flexible approach.

X
The Situation In Atlanta Continues To DegradeNegotiationsIn what has become one of the more confusing turn of events in the Atlanta Symphony Orchestra (ASO) lockout, the management released a statement on 9/…

One Month Into The Lockout And ASO CEO Is Already Out