The 10/8/2014 edition of The Washington Post published an article by Geoff Edgers that examines the ongoing Atlanta Symphony Orchestra (ASO)/Woodruff Arts Center (WAC) lockout. Of particular interest is the response from WAC Governing Board Chairman Douglas Hertz to questions about whether or not he regretted characterizing the ASO musicians and conductors as “a bunch of crazy people.”

“Why? It does make me wonder,” [Hertz] said. “I’m not calling them crazy. I’m just wondering if they’re crazy. These are the folks that we’ve endowed their chairs, and they’re calling us names. I don’t get it. The truth is, we’re on their side. I want to try to work with them.” 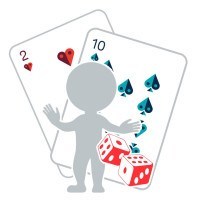 Setting aside the semantics of allegations vs. suppositions, Hertz continues to demonstrate what might be best defined as advanced socio-economic bewilderment syndrome in that the act of engaging in generous charitable activity does not preclude accountability for actions related to serving as a steward of the public trust.

Another fascinating revelation was irrefutable evidence in the form of an audio tape provided by the musicians that former ASO President & CEO, Stanley Romanstein did promise the musicians in 2012 that the concessions accepted then would be a onetime occurrence.

Romanstein, the ASO president at the time, is asked by a player whether there will be more cuts.

“I don’t want to be the Baltimore Symphony,” Romanstein says on the tape. “We’re the Atlanta Symphony. My comment to the WAC board is that if we have to make a one-time adjustment in order to get things in financial balance, okay, you do that. But you only get this once.”

When the ASO musicians initially charged Romanstein with failing to keep this promise, he vehemently denied those charges claiming the only assurances made were that the WAC would engage in fundraising and additional administrative budget cuts, which is what he told Atlanta Journal-Constitution reporter Howard Pousner.

Romanstein adamantly denied the comment on Sunday. “I don’t know where that came from. We made them no promises. I would love to have a guarantee for what’s going to happen in two years or three years or four years. But there are not guarantees and we didn’t offer them any.

This revelation, now supported by the audio recording, raises concerns about a larger, calculated degree duplicity and whether or not it was limited to this one senior WAC executive or the entire executive committee.

Nonetheless, current WAC President Virginia Hepner is claiming ignorance about Romanstein’s promise and the Washington Post article reports that Hertz asserts there is no other choice but to force additional concessions.

And Douglas Hertz, the chairman of the Woodruff board, says that the Center has no choice. Corporations that donate to the ASO have been concerned with the annual deficits and demanding a more responsible model.

It is worth noting that the WAC has yet to provide any documentation to verify those alleged donor demands or what, precisely, qualifies as a responsible business model.

The ASO/WAC dispute is shaping up to be unique in the bumper crop of high profile labor disputes in that all parties are carving out well entrenched positions that make it increasingly difficult to emerge without losing credibility among peers and colleagues.

9 thoughts on “WAC Board Chair Doubles Down On “Crazy” Comment”