During a 10/9/2014 town-hall style meeting in Santa Monica, CA President Obama provided a very clear, if not belated, executive position on the impending Federal Communications Commission (FCC) decision on whether or not they will move forward with proposed rules that would ultimately allow Internet Service Providers (ISP) to slow down traffic for any organization that fails to pay premium fees for speeds currently experienced. 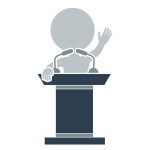 On net neutrality, I made a commitment very early on that I am unequivocally committed to net neutrality…I think it’s what has unleashed the power of the Internet, and we don’t want to lose that or clog up the pipes.

And so there are a lot of aspects to net neutrality. I know one of the things that people are most concerned about is paid prioritization, the notion that somehow some folks can pay a little more money and get better service, more exclusive access to customers through the Internet. That’s something I’m opposed. I was opposed to it when I ran. I continue to be opposed to it now.

Does This Mean The FFC’s Proposed Rules Are Dead In The Water?

Not by a long shot.

Obama followed up his remarks by reminding everyone that the FCC is an independent regulatory agency and he does not have the authority to order them to take any specific action.

Now, the FCC is an independent agency. They came out with some preliminary rules that I think the Netroots and a lot of folks in favor of net neutrality were concerned with. My appointee, Tom Wheeler, knows my position. I can’t — now that he’s there, I can’t just call him up and tell him exactly what to do. But what I’ve been clear about, what the White House has been clear about is, is that we expect whatever final rules to emerge to make sure that we’re not creating two or three or four tiers of Internet. That ends up being a big priority of mine.

For now, the period for submitting comments to the FCC have ended so we’re officially in hurry-up-and-wait mode until a vote is taken and a decision rendered.

In the meantime, you can watch Obama’s comments via the following video and catch up on some historical context via the President’s position on Net Neutrality in an article by Alex Wilhelm in the 10/10/14 edition of TechCrunch.com. Likewise, the New York Times published an article on 10/10/14 by Edward Wyatt that provides an in-depth overview of Obama’s remarks.

When it comes to how this issue could have a profoundly negative impact on performing arts organizations and individual artists along with some practical insight on what they can do to prepare for dealing with a paid priority internet, we’ve got you covered via the following series of articles:

1 thought on “Some Potential Good News For Net Neutrality”