After dodging a bullet in 2014 over net neutrality (details), it looks like incoming fire is on the horizon thanks to the Trump Administration’s decision to install a forceful critic of net neutrality as the new chair of the Federal Communications Commission (FCC). 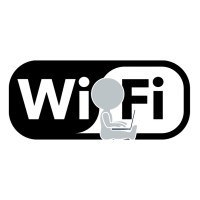 If proposing to eliminate the National Endowment for the Arts wasn’t enough, the decision to install a FCC chair who has been a vocal proponent for giving internet service providers (ISP), such as Comcast and Time Warner, unregulated control over the speed users can connect with content (or filter it out entirely) demonstrates a profound lack of concern over the well-being of arts and culture.

Right now, net neutrality laws and regulations mean all traffic traveling across the internet is treated the same at each stage in the process.

For example, web pages for arts and culture institutions are connected to with the same speeds as web pages from the sites of multi-billion dollar corporations. ISPs can’t provide fee based “fast lanes” or slow down or filter out traffic for whatever reason they want.

If you’re more of a watching style of leaner, John Oliver and the writing team at HBO’s Last Week Tonight with John Oliver not only know how to get your attention, but can inspire action. They’ll walk you through the whole net neutrality thing and underscore why it matters.

For now, we’re going to be in hurry-up-and-wait mode about how the new FCC chair plans to begin dismantling net neutrality. In the meantime, all the advice offered to protect your organization should things get ugly is every bit as applicable now as it was in 2014.