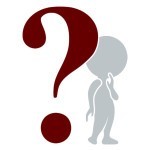 Technically, this may not qualify as good news per the week of living dangerously post but it sure is funny. H/t to Marc Geelhoed for pointing out this gem of observational humor on the typical concert event masquerading as overview from the perspective of a child attending an in-school concert.

It’s a turducken of sarcasm, satire, and self-deprecation that skewers so many stereotypes, it becomes difficult to keep up with which group you’re supposed to mock until you figure out that you’re actually laughing at yourself.

1 thought on “Ever Wonder What Those Kids Are Thinking During In-School Programs?”

Ever Wonder What Those Kids Are Thinking During In-School Programs?

23<1 min
X
“Did You Know We Were Paying The Musicians?”HumorUpdates are a good thing. So are interns. Put them together and you get a brand new layout for Who's Minding The Score?. The funniest satire-fortified…