Norman Lebrecht broke the news in a post from 5/6/2015 about the Colorado Symphony Orchestra Musicians filing a signed petition with the National Labor Relations Board (NLRB) regarding the status of their official representation. Currently, the musicians are represented by the American Federation of Musicians (AFM); Denver Musicians Association (DMA), Local 20-623 AFM AFL-CIO; and now that we have our acronyms straight, let’s take a closer look at what we know. 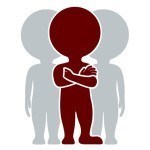 Lebrecht’s post included a link to the NLRB online case file #27-RC-151373, and the RC prefix there means it is a type of certification or decertification petition. According to the NLRB, RC petitions are used to demonstrate (emphasis added) “a substantial number of employees wish to be represented for purposes of collective bargaining by Petitioner and Petitioner desires to be certified as representative of the employees. The Petitioner alleges that the following circumstances exist and requests that the National Labor Relations Board proceed under its proper authority pursuant to Section 9 of the National Labor Relations Act.”

In this case, the Petitioner listed is the Colorado Musicians Guild, which according to data.colorado.gov is a Doing Business As (dba) name registered by the DMA; most recently on 5/03/2015. The phone number associated with the Petitioner is registered to CSO principal trumpet, Justin Bartels.

In order to dig up any more info or to see the signed RC Petition, Form NLRB-502 (RC), you’re going to have to file a Freedom of Information Act (FOIA) via NLRB guidelines.

What’s interesting at this point is what role, precisely, the Colorado Musicians Guild plays into all of this; even though the DMA is listed as the registrant organization, they are also listed as the Intervenor; at least, according to the case file. If that seems like a conflicting position, then you’re on the right track. Once I get a bit more time to do some digging, we’ll be in a better position to find out more about what is going on in Denver.

Perhaps unsurprisingly, none of this actually addresses the reasons why the RC Petition was filed but as Mark Twain once said “Get your facts first, and then you can distort them as much as you please.” And if history is any indication, when it comes to union infighting in the public arena, it is a safe bet that there will be more than enough spin to go around. So for now, we’ll focus on getting the facts.

Just for fun: did you know the NLRB has an app? That’s right, you can download it for iOS or Android and according to the official description it’s “an interactive wizard guiding users through information on their rights and obligations under the National Labor Relations Act. The law applies to employees, employers, and unions in the private sector.”

302 min
X
How To Look Like The Smartest Person In The Room When Talking About Colorado…Musician IssuesIn the wake of yesterday's post about the Colorado Symphony musicians and the musicians' union, a number of readers reached out with questions about t…