Recently, an advertisement from Microsoft masquerading as an infographic crossed my path which deserves credit because it took a moment to realize it was an ad. But once you get past that item, it becomes clear that it is an attempt to dig up out of a very deep PR hole. 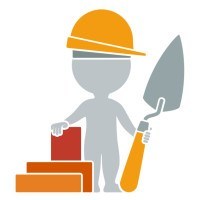 Titled “5 Microsoft Azure Myths Debunked” it is clear to even those outside of IT circles that their product is suffering under the pressure of negative press and if nothing else, it likely triggers a “where’s there’s smoke…” alarm for most potential customers.

To help drive home that point, let’s conduct a little experiment; go check out the adfographic before reading the following material.

I’m curious to know if you found their adfographic oddly familiar. Did it seem similar to the way so many performing arts organizations approach attracting new ticket buyers?

Most of the colleagues I shared this with had that impression to one degree or another and if you take a moment to consider how many ads you’ve seen attempting to debunk stereotypes such as classical music is “stuffy” or “only old people go to concerts” it gets you thinking.

All of classical music’s myth-busting is not unlike the Azure ad; consequently, it makes one wonder how often the field does itself a disservice by adopting a similar approach.

Are there any recent examples you can think of?