Although there have always been some members of congress bent on gutting the US Armed Forces music programs, most measures rarely make it past a committee vote but all of that changed last week thanks to Rep. Martha McSally (R-AZ) playing politics with an amendment to the 2017 defense appropriations act that all but eviscerates the entire music program. McSally managed to finagle enough support on the House Defense Appropriations Subcommittee to shove the amendment through. 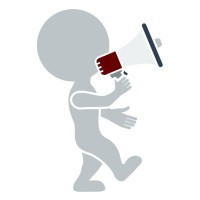 If McSally’s name sounds familiar, that’s because she is the very same openly hostile representative who publicly denigrated military musicians back in March, 2016 when she proposed eliminating the entire US Air Force and program (details). She received a tremendous amount of public backlash but that didn’t appear to dissuade her dog-with-a-bone goal.

Rep. McSally’s amendment was supported during committee review by Rep. Rodney Frelinghuysen (R-NJ) and cosponsored by Rep. Steve Pearce (R-NM) and Rep. Betty McCollum (D-MN). If McCollum’s name sounds familiar, that’s not a coincidence either. She twice attempted to shove massive military band cuts through at the committee level but was roundly defeated in both instances. We examined her initial efforts in an article from 6/3/2011.

Read the transcript of McSally's and Frelinghuysen's comments during amendment review.

Amendment No. 48 Offered by Ms. McSally

At the end of the bill (before the short title), add the following new section: Sec. __. None of the funds made available by this Act may be used for performances by a military musical unit (as defined in section 974 of title 10, United States Code) described in paragraph (2)(B) or (3) of subsection (a) of such section.

The Acting CHAIR. Pursuant to House Resolution 783, the gentlewoman from Arizona (Ms. McSally) and a Member opposed each will control 5 minutes. The Chair recognizes the gentlewoman from Arizona. Ms. McSALLY. Mr. Chairman, I thank Chairman Frelinghuysen and Ranking Member Visclosky for all their hard work on this important bill. I rise today to offer an amendment to help us guide reprioritization of some defense spending. While I believe military bands play a very important role in ceremonies, funerals, honoring the fallen, and playing taps, this amendment simply limits their ability to play in social functions, dances, and things that are really outside their core competencies and the competencies of the military. Sequestration and 15 years of war have taken a very heavy toll on our military, and this bill is helping to turn that around. I appreciate the hard work on that. For example, in the air domain, with which I have some experience, we recently grounded one-third of our combat fighters for 3 months in the Air Force. The Air Force is facing a shortage of 4,000 maintainers for aircraft and 500 fighter pilots, and that shortage is expected to widen to 800 by 2022. Only half of the Air Force fighter pilots, including those that fly the F-22, are receiving the full spectrum of the training they require. Twenty-five years ago, we had 134 combat coded fighter squadrons; today, we have 55. And we had 946,000 total force military and civilian airmen. Well, today we have fewer than 660,000. The Navy and the Marine Corps are facing similar pilot and aircraft shortages. Our Army is drawing down to its smallest size since before World War II. Yet, today, we have 99 different Army bands. In fact, today these bands will play at 22 different shows worldwide. Most of these shows, the USO and civilian bands would love to fill the role of. At the same time, we have heard reports that we have a shortage of buglers–those who are playing taps–to honor our military when they are fallen. We have got to make sure that we have them represented so that those who have fallen and served receive the honors that they deserve. We should be recruiting warriors, but the Army Web site is targeting people to play music for a living. Don’t get me wrong; I believe the bands play an important role. Let me tell you, in my 26 years in the military, I used to be at Christmas parties with the wing commanders and generals, and we would have Active-Duty military entertaining us, and it bothered me then. We have difficult choices to make. We are spending, in FY15, $437 million on musicians’ instruments, uniforms, travel expenses, and we have seen reports of things like $11,000 flutes, $12,000 tubas, and $88,000 pianos. These are difficult choices that we have to make right now in this bill. Because of some of these concerns that we have had–I am on the Armed Services Committee–in this year’s NDAA, we asked for detailed information on the size and cost of all bands across the military. While we wait for this information, this amendment will inform the military that Congress desires them to use defense dollars on defense. Let’s be clear, this is not an attack on the arts. I am a vocalist myself. I care deeply about the arts. But we have to, again, make difficult choices in these bills. In no way do I want to devalue those who have served in the past in these roles or are serving now in these roles in our military bands, but for every dollar that is spent on our bands to entertain at social functions, that is a dollar we are not spending on national security, on our troops, and our families. Because of the shortage of maintainers, the Air Force is asking us to choose between things like air superiority and close air support. We need to do both. Some of our choices here are related to do we want to have aircraft parts funded or musical instruments. Again, these are difficult choices, but my amendment today simply limits the function of military bands so that they

can be performing those ceremonial duties, playing at military funerals, playing taps, those things that are very important roles for our military. While our communities certainly do enjoy being entertained by our military bands, they would, I think, prefer to be protected by our military. I urge everybody to support this amendment and make sure our money is spent well on defense and the bands are focused on their most crucial roles. I reserve the balance of my time.

Mr. FRELINGHUYSEN. Mr. Chairman, I move to strike the last word. The Acting CHAIR. The gentleman from New Jersey is recognized for 5 minutes. Mr. FRELINGHUYSEN. Mr. Chairman, I rise to support the gentlewoman’s amendment. As she has well said, military bands play a very important role in recruiting, retention, and community relations. They also provide patriotic and inspirational music to improve the morale of our soldiers, sailors, and airmen. All of us support these roles. Literally, such music makes our heart sing. However, I agree that we should consider prohibiting the use of funding for certain events. The bands play an important role during ceremonies recognizing the sacrifices of the fallen, but they are not appropriate at every event. I look forward to working with the gentlewoman as we approach conference to ensure that the language we include addresses the gentlewoman’s concerns. If the gentlewoman would agree to work with me and Mr. Visclosky on this issue, I am sure we will be pleased to accept her amendment. Mr. Chairman, I yield back the balance of my time. Ms. McSALLY. Mr. Chairman, I want to thank the chairman for his support of the spirit of the amendment. I look forward to working with him and the ranking member to make sure that it is appropriately tightened up so that it meets the intent of the amendment, which I think we both agree upon. I appreciate his working with me on that. Mr. Chairman, I yield back the balance of my time. The Acting CHAIR. The question is on the amendment offered by the gentlewoman from Arizona (Ms. McSally). The amendment was agreed to.

The best way to prevent this calamity is to get it removed prior to the Senate vote. To that end, you need to contact both of your Senators.

If successful, the discrepancy between the two versions of the bill will end up in a conference committee, where Senators and Representatives meet to resolve disagreements on a particular bill. This is the stage where you need to keep up pressure on your Senators and your Representative to leave out Section 10010 and to continue to allow the DOD to fund military musical unit performances.

The amount of money the Department of Defense spends on military bands is just under $500 million. To understand just how little money that is, consider that amount is less than half the $1.2 billion cumulative total expenditures for orchestras included in the 2016 Orchestra Compensation Report.

Compared to the total proposed US Defense authorization bill is $602 billion of which the military bands occupy 0.00083 percent of that budget. To help put that into perspective, the average American spent about $1,800 for gasoline in 2015. The military band portion of that would come to $1.49.

Nonetheless, even with as small of an allocation of the overall Department of Defense’s budget that it occupies, the US Armed Forces are still the single largest employer of full time musicians

Learn more about the US Military Band and follow other efforts to help save military music at the #savemilitarymusic Facebook page.

You absolutely, positively, must contact your Senators. And don’t just rely on email communication; call them. Call them a few times a week and ask to know more about what they are doing along with their fellow Senators to effectively and swiftly defeat and strike Section 10010 from S 3000.

If you want to understand why calling is so much more effective than email or letters, watch this clip from Last Week Tonight with John Oliver where the host describes why the National Rifle Association’s lobbying efforts are so effective.

6 thoughts on “ACTION ALERT: Here’s What You Can Do To Help Defeat The Destruction Of Military Bands”