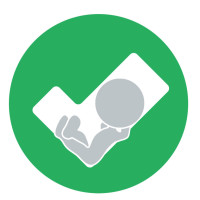 The Philadelphia Inquirer published a commentary article by Peter Dobrin on 10/7/2016 that asks a number of difficult questions related to executive accountability during periods of labor unrest.

He examines the issues via his home ensemble, the Philadelphia Orchestra, and he provides a decidedly clear perspective.

The article begins with his observations vis-à-vis the orchestra rising to artistic challenges not only via traditional benchmarks of excellence but for recent efforts related to outreach in nontraditional venues.

The vision of the future, actually, is startlingly obvious: The orchestra must be critically unassailable when it is playing in Verizon or Carnegie halls. And at Capitolo Playground or in Camden, it must be forming deep connections between newbies and a great art form that is needed more than ever in noisy times. To be clear, the orchestra has done both of these things splendidly, especially during the past two decades. […] The shrunken neighborhood concert series is an example of an undernourished success. This has made the orchestra appear to some as a carpetbagger in the social-mission and outreach arena. It is not. It has simply been too absorbed with its own survival to worry much about others.

Dobrin continues by venting about the opening night strike being caused more by myopic brinkmanship than anything else (emphasis added).

The strike, brief as it was, should not have happened. The only real good thing about it is that the musicians, in drawing blood the way they did by walking out on the opening night gala, have made it clear to anyone who cares about the orchestra that the bankruptcy took a toll.

How did things get so bad last weekend? The orchestra board must seriously consider the question. The musicians have taken it on the chin for striking an hour before the opening night gala concert. But didn’t anyone in management or on the board know this was a possibility? If not, why not? It seems to me that smarter leadership would have anticipated the potential outcome, and should have avoided taking such a gamble with the loyal core.

A disturbing subtext ran through what will forever be known as the opening night that never was. It looked like a classic one-percenters’ tantrum when some of the city’s leading philanthropists shouted, “Shame on you,” at musicians after the concert was scrapped and they walked through the Kimmel lobby out to the picket line.

Lastly, Dobrin points out what should stand out as an oddity to anyone from the outside looking in the form of executive accountability. He reminds readers that the orchestra’s president, Allison Vulgamore, has been enjoying a string of compensation increases along with lavish benefits not only over the course of the organization’s financial troubles but even compared to her predecessors.

As sequestered as classical music often seems from the modern world, this episode follows one of the prevailing patterns of our time. Corporations have money for all sorts of things — Philadelphia Orchestra president Allison Vulgamore’s annual salary plus extras, for instance, was at last count about $725,000, much higher than that of her predecessors — but not for others.

It’s difficult to see how this sort of environment could produce anything other than long legged animosity.