The latest group from our list of mid to large budget orchestras with expired agreements that managed to ratify a new contract without resorting to a work stoppage is The Philadelphia Orchestra. Having said that, this is the second group from that list to opt for a one-year agreement that serves more as a holding measure than not. 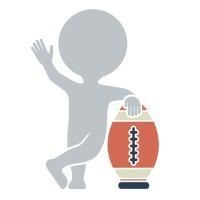 The actual terms of the agreement are scant but the only monetary figure readily available is a three percent increase in base compensation but even that is not for the full length of the season and won’t begin until November, 2015.

In a memo sent to Philadelphia Orchestra Association (POA) non-musician stakeholders announcing the tentative agreement, President and CEO Allison Vulgamore announced the news with what appears to be the most readily accessible boilerplate language available.

I am deeply pleased to let you know that The Philadelphia Orchestra Association and the Musicians of the Orchestra have reached a tentative agreement on a new collective bargaining agreement. The members of both negotiating teams have worked very hard to achieve this and I am very grateful for their service. There is a formal union ratification process that now must be followed, and out of respect for this process we will release the details only after the agreement has been fully ratified by both parties. Anticipating ratification, we expect concerts to take place as scheduled and look forward to seeing our exceptional musicians onstage tomorrow night at Carnegie Hall.

The musicians’ statement contained a decidedly higher degree of personal flavor and was peppered with their displeasure.

Philadelphia Orchestra Musicians should be compensated as well as other great American orchestras so that the current world-class status of the orchestra may be maintained. Several members of the Philadelphia Orchestra have recently left, and more are planning to leave, in search of better opportunities elsewhere.

We believe that the Philadelphia Orchestra needs an unbiased outside evaluation of its operations and we welcome and support the hiring of Michael Kaiser to conduct an open and transparent evaluation of our beloved institution. In the meantime, in order to continue making music for our public, and to continue the artistic excellence we have been achieving under our dynamic Music Director, Yannick Nézet-Séguin, we have decided against a work stoppage. We hope that, for all of our sakes, the picture will be much better a year from now.

It’s worth noting that even though the musician statement referenced the bankruptcy driven concessions to base musician salary and numbers of full time musicians, it neglected to reference the substitute musician pay disparity they ratified at that time.

The introduction of former John F. Kennedy Center for the Performing Arts CEO Michael Kaiser as an outside consultant to review the orchestra’s strategic and fundraising performance will be an intriguing variable for the impending negotiations in 2016.

According to an article by Peter Dobrin in the 10/12/15 edition of the Philadelphia Inquirer, the musicians were the impetus for his involvement and although they may read any report materializing as a deliverable from Kaiser’s consulting agreement, it may only transpire under the auspices of a confidentiality agreement.

Given the POA’s conduct during the bankruptcy, there’s no evidence to suggest that such a review and report will have much, if any, influence on their internal governance. Consequently, it should come as no surprise to see the subsequent negotiations turn ugly, especially if it becomes clear that the POA was using Kaiser’s consultancy to merely buy time.

Time will tell; until then, here’s an updated version of the fourteen mid to large budget orchestra and opera organizations with a collective bargaining agreement that expired within the last three months:

3 thoughts on “At Fourth And Long, Philadelphia Punts”