In the wake of yesterday’s April Fool’s day prank, several readers wrote in to say how similar it was to the AF prank from 2016. The 2016 article focused on a fictional “Scholarship Indemnity Program” where in exchange for receiving free tuition, students must meet one of the minimum career accomplishment goals, set by the school within a certain number of years following graduation. 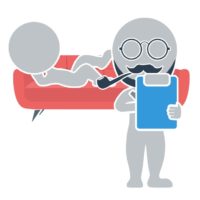 If students fail to meet those career expectations in the allotted time, the indemnity terms kick in and students must pay back the total amount of their waived tuition fees via an adjustable rate interest schedule.

Once again, that was a completely fictional program I created out of thin air.

Fast forward to 2018 and the “Income Share Agreement” presented in the AF post only seems like a slight modification. Indemnity is replaced by what amounts to watered down indentured servitude.

Several readers reached out via direct message to accuse me of being lazy (my personal fav: Indolent much? #smgdh). At any other point in time over the past 15 years, I would be inclined to agree with them.

As it turns out, reality continues to be stranger than fiction.

2018’s “Income Share Agreement” gag is based on a very real program of the same name currently in use at several academic institutions, such as Purdue University.

Just in case you think this is just another gag, check out the 12/31/2017 edition of the Washington Post. They published an article by Danielle Douglas-Gabriel that examines the new “Income Share Agreement” trend in financial aid.

What was a nearly unthinkable premise for a prank in 2016 became fodder for reality the very next year.

Welcome to the new normal.

3231 min
X
#TBT Don’t Get Stuck Losing Critical Metrics Data…Current EventsOn two occasions this past week, I had colleagues reach out with questions about how to recover login credentials for a Google account because the org…