After three consecutive years of decline, the 2015/16 season finally saw a positive gain in the average concertmaster’s compensation level. Nonetheless, overall growth over the last decade has been far below their music director and executive peers.

In order to provide information that is as accurate as possible, info from the 2015/16 season is gathered from the following source: 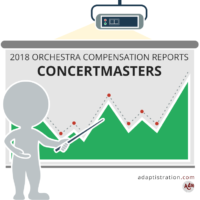 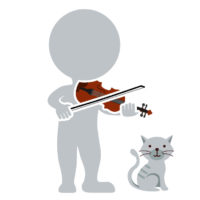 By and large, the 2015/16 didn’t hold any surprises, save one: the Cleveland Orchestra concertmaster’s return to the number one slot thanks to a 24 percent jump in compensation.

While spikes in that range aren’t unheard of, they typically happen during the final year of a concertmaster’s tenure.

But that wasn’t the case in Cleveland.

According to the orchestra’s 990, concertmaster William Preucil wasn’t paid anything above and beyond what his peer musicians earned with regard to retirement compensation, deferred compensation, and nontaxable benefits. The sharp uptick was related entirely to standard wage-based compensation.