Over the past week, news of multiple sexual misconduct allegations within the classical music business have emerged.

One incident involved the Cleveland Orchestra being struck by lightning…again. 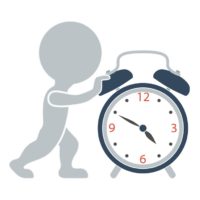 In addition to the ongoing investigation into allegations of sexual misconduct against concertmaster William Preucil, the Washington Post reports that the orchestra has now suspended principal trombonist, Massimo La Rosa, as part of that inquiry.

La Rossa has been the subject of sexual misconduct allegations since 2013 when an article by Colleen Flaherty in the July 30, 2013 edition of Inside Higher Ed reported claims of an incident involving the trombonist and student at the University of Iowa.

On Jan 12, 2018, La Rossa pursued legal action against individuals he claimed were promoting discussion about the incident with the intent to cause professional harm. That suit was ultimately settled via mediation (details) and the case was ordered dismissed on May 18, 2018.

It’s worth pointing out that La Rossa’s lawsuit had nothing to do with the validity of the allegations against him from the student in question, rather, comments made by others.

Next up is what I hope will become another watershed moment for the field.

The 9/13/2018 edition of Van published an article by Olivia Giovetti that reports on a culture that enables sexual misconduct within the artist management sector, one of the few strictly commercial enterprises operating within a larger nonprofit community.

This is a long article but well worth your time. One item that stood out was the decision of an artist agent to follow one of her top earners to another agency after the artist was accused of sexual misconduct by the agent’s assistant. The assistant managed to provide documented proof to support her claims and the artist was subsequently dismissed by the agency.

The decision by the artist agent to continue working with the artist is one example that demonstrated just how deep the enabler waters extend.

At what point will this field take these issues seriously enough to form accepted best practices that effectively ban doing business with known offenders and those who enable the abuse to continue?

Apparently, we have further to sink before we hit bottom.

POSTSCRIPT: after writing this article, the NY Times published an article Sunday evening by Michael Cooper that reports the New York Philharmonic dismissed two musicians; principal oboist, Liang Wang, and associate principal trumpet, Matthew Muckey. At the time that article was published, it is unknown whether the issues are realted to sexual misconduct.