We’re rapidly approaching the November 6, 2018 election and if you haven’t registered to vote or need to update your registration info, don’t put it off until the last moment. National Voter Registration day was Sep. 25 but that doesn’t mean it’s too late. 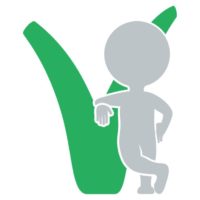 You can kick off the registration process at nationalvoterregistrationday.org or vote.org, check your local state’s reference information, or look on Facebook to see if you have a friend serving as a Deputy Registrar. If so, they are certified to help you register or update your information. I’ve been amazed, and awed, at how many of my friends and colleagues are volunteering to serve as Deputy Registrars this election cycle.

While there are no shortages of hot button topics this election cycle, don’t forget to investigate your candidates’ respective arts policies.

For some candidates, positions are well known such as Rep. Martha McSally (R-AZ), who is running to fill the Senate seat vacated by Republican Jeff Flake.

If Rep. McSally’s name rings a bell, that’s because she has been the driving force behind efforts to gut the US Armed Forces music programs.

McSally has a consistent track record of open hostility toward military musicians and has no problem publicly denigrating their value and the music program’s mission. If elected to the Senate, she’ll be in an even stronger position to see her plans to fruition.

Not only should McSally be denied that seat, she should be replaced in the House of Representatives with a candidate that understands the arts, both private and within the US Armed Forces, are essential to the proper functioning of our society.

If you live in the Arizona district Rep. McSally is pursuing, please take the time to register and vote for a candidate that publicly acknowledges the value of arts and culture and has a responsible policy.