On Sunday, 10/14/2018 the Lyric Opera of Chicago (LOC) and its musicians ended a week-long strike with a new three-year agreement. Instead of the customary joint press statement announcing the news, each stakeholder released their own notice. While LOC’s statement failed to reference any terms, the musicians’ release covered a few highlights and based on that information, it seems clear the musicians conceded to most of the employer’s demands. 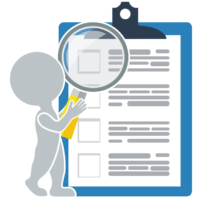 Here’s a list of terms provided by the musicians when the strike was announced and where things ended up by the final agreement:

Based on how the musicians’ statement framed additional terms, it appears LOC managed to secure concessions on the new contract service agreement signed with Joffrey Ballet. Any services associated with the new ballet agreement appear to be structured at per-service rates lower than those paid for mainstage productions. Moreover, LOC appears to be able to hire some musicians outside of opera orchestra members. The exact number and/or ratio is unknown.

The musicians’ statement was especially vague on those points, all of which indicates the final terms fell well outside of what they would consider favorable.

Lastly, increases in weekly wages stands at an average of 1.86 percent per year over the term of the three-year agreement.

The musicians’ statement defined the new agreement as a compromise but based on these terms, it seems clear LOC succeeded in wringing out the lion’s share of concessions.

Speaking of statements, here are the full press releases from both stakeholders:

The musicians of the Orchestra went on strike on October 9 for one reason:  to preserve the Lyric Opera that generations of Chicagoans have built over the past 65 years.  A world-class opera company needs a world-class orchestra.  The musicians will never stop fighting for that ideal; but at this time, the music needs to return to the Civic Opera House.  Further cancellations by Lyric management were threatened, and the result would have been destructive for everyone – Lyric, the musicians and other Lyric employees, and Lyric’s loyal patrons.

Additionally, given that Lyric’s other unions (including IATSE and AGMA) had settled their contracts earlier, we were keenly aware of the pressure on the members of those unions and their families.  We needed to settle this contract not only for us, but for them.

In the end, both parties compromised.  This is still a concessionary contract, but much less so.  When we started bargaining in March, management was demanding pay cuts of up to 43%.  That was still on the table as recently as ten days ago.  The final agreement includes a reduction in the number of main opera season weeks from 24 to 22 and a reduction in the number of musicians, but those concessions are mitigated by more favorable terms we were able to obtain:

The musicians of the Orchestra are forever grateful for the overwhelming support we received from Lyric’s patrons and donors from the moment the strike began.

That outpouring of support gives us great hope for the future of Lyric Opera.  We are confident that they are ready to stand with us as we continue to fight to preserve Lyric Opera of Chicago as one of the world’s greatest opera companies and the crown jewel of Chicago’s cultural life.

We are pleased to announce that Lyric Opera of Chicago will resume our 2018/19 Season, having reached a new, multi-year labor agreement with the Chicago Federation of Musicians (CFM), which was ratified by the union’s membership today.

Performances of our critically-acclaimed production of Puccini’s La bohème will resume this Wednesday, October 17 at 7 p.m. and Saturday, October 20 at 7:30 p.m., as our company returns to full operational and artistic capacity. Rehearsals for Mozart’s Idomeneo will resume immediately, and the first performance will take place on Thursday, October 18 at 7 p.m. The rest of the 2018/19 Season will continue as scheduled.

We are grateful to all those who helped us reach our new labor agreements with the CFM, AGMA (subject to ratification), and IATSE. These agreements will protect the artistic brilliance on our stage while also helping to ensure Lyric’s long-term financial security and its future success as one of the world’s great opera companies.

Thank you for your ongoing support of Lyric Opera of Chicago. We deeply appreciate your expressions of encouragement and strong desire to return to what we all want most, exceptional performances of great opera.

We look forward to welcoming you back to Lyric and thank you for your continued loyalty.