As a follow-up to the 5/20/19 article about whether orchestra music librarians should be in the collective bargaining agreement, I want to reach way back to something written by the late Leonard Leibowitz in 2002. 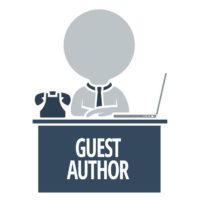 If you aren’t already familiar with Len’s work, he was a fundamental force inside the world of nonprofit performing arts labor law specializing on the employee side of the equation. You’ll find him referenced and quoted in numerous Adaptistration articles during the early part of the century. Granted, there’s no denying Len’s career ended with discredit, but his work up to that point influenced multiple generations of stakeholders and the way the field evolved.

He was an early voice raising concerns over the potential for employers to erode the ability for orchestra musicians to organize and be represented by a union due to supervisory duties and responsibilities.

Len’s article is rather difficult to locate these days, so I wanted to make it available here where it will be easier for Google to crawl and for readers to share. The talking points are just as relevant now as they were nearly 20 years ago and I encourage everyone to leave a comment here or start up a conversation at your respective social media profile.

Beware of the “Music Police”

Perhaps the AFM, its locals, and especially the Symphonic Players Conferences have been too successful. Perhaps the bread and butter aspects of symphony orchestra contracts have reached a level of satisfaction that affords the musicians such comfort that their minds have the luxury of drifting off into the lofty reaches of the artistic stratosphere. If so, I would like to suggest that we all take a moment to reflect and consider a recent trend that I find insidious and virulent.

In the guise of euphemistic rhetoric such as ‘‘artistic leadership’’ and ‘‘raising the standard of performance,’’ musicians in many orchestras sound positively Orwellian when they talk about ensuring that their colleagues, or potential colleagues, are actually ‘‘good enough’’ to play in ‘‘their orchestra.’’ Some of this ideology has already found its way into collective bargaining agreements. Before we go further, I hasten to point out that I am not talking about the Peer Review committees that exist in many orchestras. These committees have no authority or ability to initiate discipline or dismissal of any musician. This article reflects my concern over situations in which one or more musicians in the orchestra engage in activities, or serve on committees, which either lead to or actually initiate the dismissal of colleagues.

Some years ago, an orchestra negotiated a provision into their collective bargaining agreement establishing a ‘‘Tenure Review’’ committee. The general idea was that the same committee that auditioned the musician was to reconvene, together with the music director, toward the end of that musician’s probationary period to vote on whether or not to grant tenure. Sounds innocuous enough, right? Except that the clause allowed the musician members of the group to vote first, and if the probationer didn’t receive a minimum number of votes from them, the issue was decided – without a vote from the music director.

The first two probationers to come before the committee happened to be an African-American woman and a Japanese-American man. Neither received enough votes to call for the input of the music director, and so they were terminated. The media had a field day. But maybe it was just an unfortunate coincidence; and surely that coincidence alone would not be sufficient justification for denouncing the procedure. OK, I’ll buy that.

In this case, the probationer was a principal player recruited by the music director from a European orchestra. The musician had a distinctive style of playing that was apparently somewhat controversial. In any event, he uprooted his family and bought a home in the US after winning the audition for the job. During his probationary period, he became aware of the contract procedure and of the fact that there were a number of colleagues who disliked his style. When he broached the issue with the music director, and offered to alter that style to become more conventional, he was told not to do so, and was assured by the music director that his achievement of tenure was not in jeopardy. Do I need to tell you the end of the story?

Finally, in a recent meeting sponsored by a charitable foundation that generously supports the arts, the role of principal players, and even nontitled players, in evaluating the performance of other members of the orchestra was raised. Suggestions were made of a system of ‘‘peer warnings’’ whereby colleagues would take it upon themselves to warn other colleagues that there were problems with their performance. And what, pray tell, would happen in such a system if the warned musician did not show sufficient ‘‘improvement’’ to satisfy their colleagues?

If musicians are charged with the responsibility evaluating their colleagues, what kind of atmosphere is created in an orchestra? How does it feel when everyone is peering over the shoulders of everyone else? What effect would such goings-on have on the solidarity of the orchestra that the AFM and the player conferences have struggled to instill, and that has proven to be a key element in success at the bargaining table? Does such a system, and its obvious consequences, really make the job more rewarding? I think not. None of this is to argue that we ought not to have mechanisms in place that provide musicians with meaningful input into artistic decisions, and even the ability to counteract clearly malicious decisions. There too the union and the players have already been enormously successful. We have significant input into the hiring process through our audition committees. And our systems of peer review of non-renewal initiatives are virtually unique in the industrial world. Why isn’t that enough?

In the case of auditions, with very few exceptions, after the finalists are chosen, the music director makes the ultimate decision. That’s a primary part of the job.

The role of the music director includes the ability to make personnel decisions. Virtually every great orchestra through the years bears the imprint of at least one superior music director. It has not always been entirely pleasurable playing under some of those batons, but at least musicians could feel safe commiserating with each other, which contributed in no small way to morale and unity. Does investing so much authority in one person produce perfect results? Of course not. But with the proper protections in place, it beats a system where musicians are pitted against each other.

To my knowledge, no one has yet suggested that musicians initiate dismissals of colleagues – and there, of course with some few exceptions, we allow one person, i.e., an arbitrator, to make that final decision without even retaining the ability to set aside the decision if we believe it to be wrong.

The ultimate concern here is that a system wherein musicians take the jobs of other musicians into their own hands, with no management initiative, will damage if not destroy collectivism, which after all is the essence of trade unions. My hope is that we don’t let the ‘‘music police’’ replace our solidarity and all it has brought us.

X
Top-Tier Musician Compensation 2019Musician IssuesIt’s time to revisit base musician compensation levels at the top eight highest paying orchestras. For a number of these orchestras, the 2018/19 seaso…

#TBT Beware of the "Music Police"