If you were a music director during the 2016/17 season, there’s a good chance you had several hundred thousand good reasons to see it as a really good year and one conductor in particular had more than three million good reasons. But if we’re looking at things from middle out, music directors continued to maintain an average compensation rate in excess of $600,000.

In order to provide information that is as accurate as possible, info from the 2016/17 season is gathered from the following sources:

Did you know? Direct links to most of the orchestra’s financial disclosure documents at guidestar.org are available in the Orchestra Financial Reports or you can save yourself dozens of hours by picking them up by season at the Adaptistration Store since the information is no longer available here.

Also missing from the figures are expense accounts, lodging expenses, and other perks; as such, the cumulative compensation for music directors may or may not be more than what is listed. Additionally, the documents used to gather figures do not indicate how much of the season an individual received a salary. As such, excessive adjustments in the percentage change from the previous season’s compensation may be artificially adjusted. Although the music director compensation figures include the combined amounts reported as what the IRS classifies as Base Compensation, Bonus & Incentive Compensation, Other Reportable Compensation, Retirement And Other Deferred Compensation, and Nontaxable Benefits, each orchestra does not always report figures for the latter categories if paying the music director as an independent contractor.

Unlike executives, concertmasters, and musicians, music directors are sometimes employed as independent contractors. In these cases, orchestras will list the music director among the five highest paid independent contractors as opposed to sections devoted to employee compensation. In most of these instances, no information about benefits or deferred compensation is available.

In instances such as these, those figures have been combined into a single figure in the table below. For details about each individual conductor’s compensation, please consult the respective orchestra’s IRS Form 990. 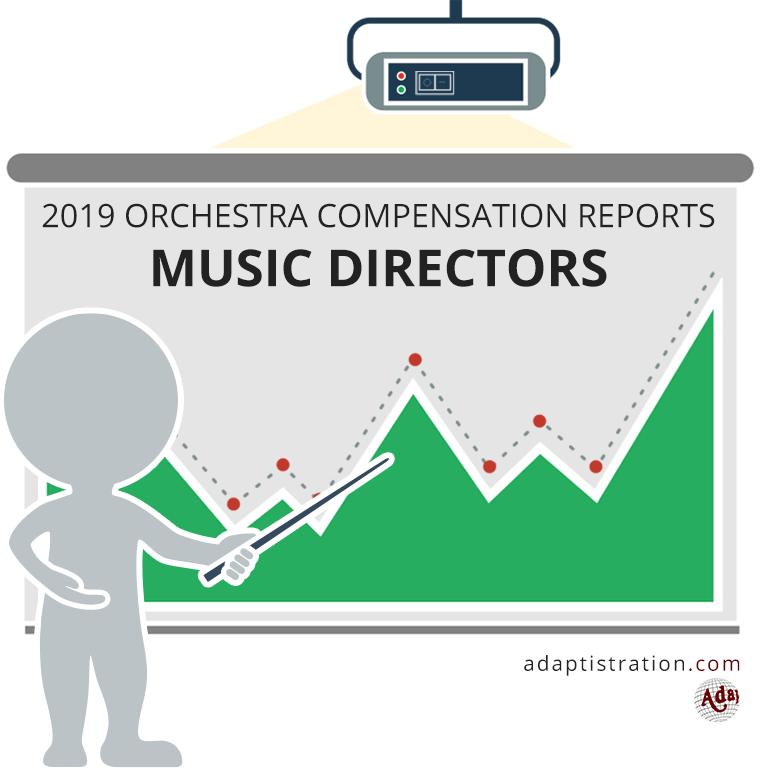 One of the most positive aspects from this year’s report is the continuing decline in the number of Not Reported entries, which occurs when an organization’s 990 that should otherwise include music director compensation, doesn’t. In this case, it was the first such occurrence from The Louisville Orchestra. Update (6/19/2019 4:30pm CT): the organization did reply and provided the figure now found in the chart.

But wait, there’s even more good news on this front in the form of a music director voluntarily offering up his compensation when it was otherwise obfuscated in the 990.

But in order to genuinely appreciate this significance, we need a fun lesson in how nonprofit performing arts organizations can screw over the spirit of fiscal transparency that serves as a cornerstone for IRS regulations realted to nonprofit tax filings.

When it comes to hiding music director compensation, one of the oldest tricks in the book is to pay the conductor as an independent contractor then make those payments to his/her artist management firm, such as Opus 3 Artists. The orchestra then mixes those dollars in with all the other dollars paid to guest artists managed by the same firm. The end result is you, the nonprofit donor and tax payer, have no way to fairly determine executive compensation.

If you think that sounds somewhat like money laundering, you may not be entirely inaccurate; except this isn’t technically illegal, it’s merely unethical and violates IRS regulations.

Now that everyone is up to speed on Shifty Compensation Bookkeeping 101, it’s time to get back to the good news.

One group with a history of using this tactic is the Phoenix Symphony. But here’s where it gets weird; this isn’t at the request of the conductor, it’s a decision made by the executive leadership and when it came to this season, the Phoenix Symphony’s music director, Tito Muñoz, volunteered to provide his compensation information directly. Muñoz not only provided the figure; he provided the verification. Moreover, he provided that information for every year he’s worked for the organization.

That’s a big deal in all the right ways.

Most music directors are simply ignorant of IRS reporting regulations when it comes to nonprofit executive compensation not to mention the reasons why that transparency exists.

I’m hoping Muñoz’s actions will be a spark that helps light the fire of increased discussion on this topic within the regular service organization channels as well as at the academic level, where aspiring conductors should be learning about the value of transparency.

Wouldn’t it be something to see this as a topic at next year’s League of American Orchestra or Opera America conferences?