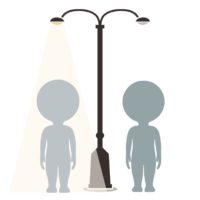 The beleaguered Grand Teton Music Festival (GTMF) continues to make its way through the rapids of a nasty labor dispute and what is apparently a division among board members.

In the face of growing pressure from an array of stakeholders that included the music director, musicians, donors, and a large swath of former board leaders and donors calling for his removal, GTMF President and CEO, Andrew Palmer Todd, announced his resignation during a board meeting last Friday.

While it comes as no surprise to see Todd afforded the option of resigning over being dismissed, it is highly unusual to see an organization’s board chair include a personal comment within the formal press statement announcing the decision (emphasis added).

GTMF Board Chair Christine Hartley comments, “I speak for the entire board when I express our gratitude for Andrew’s contributions to our Festival. His leadership in Jackson Hole and with our organization has exceeded our expectations. On a personal note, I respect and admire Andrew, and I am very sorry to see him leave. We wish him well in his future endeavors.”

The addition of such an intimate remark erodes a large part of whatever goodwill a public statement such as this could establish. Its inclusion projects a position that the chair is displeased with being forced into the position and apparently disagrees with the group of stakeholders calling for Todd’s removal.

It’s worth noting that the press release fails to mention anything about the 2020 summer festival or that subscriptions and single tickets are available (they are available here BTW). It’s even lacking boilerplate about info.

If there are any lessons to learn from how this saga is wrapping up, they should reinforce just how important it is for current board members and officers to maintain focus on the institution and free of any indication that internal governance strife continues.

For now, the GTMF comes across as an organization with unresolved issues and an influential element within the board that is consumed more by which horse they backed during the race than maximizing their impact as stewards of public trust.