Last Monday, September 27th, 2004 I had the honor of serving as a guest speaker for the “Realities of Orchestral Life” course offered by Eastman School of Music’s Institute for Music Leadership.

I had a wonderful time working with the students and was an honor to open their minds to issues they may not have previously considered.  Collectively, they were sharp, engaging, and participated actively in the lecture and interactive portion of the class, titled “Negotiating Your Future”

On Tuesday, September 21st, 2004 I published an article which outlined the financial history for the fictional “Sim Orchestra” the students were members of as well as detailing the issues we would be negotiating.  This information was distributed to the students in advance so their designated negotiation committee could survey their peer musicians (classmates) and determine their negotiation strategy. 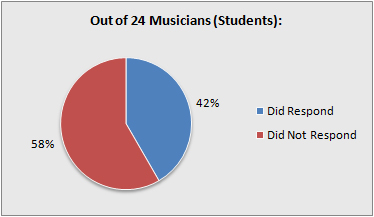 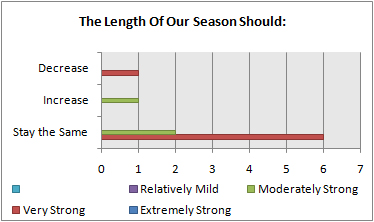 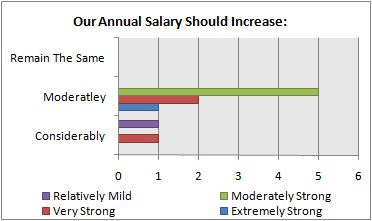 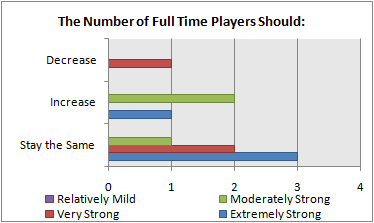 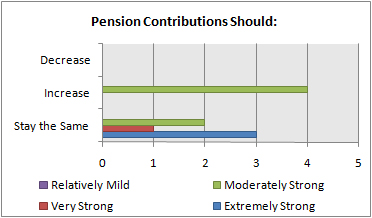 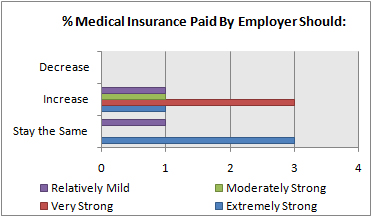 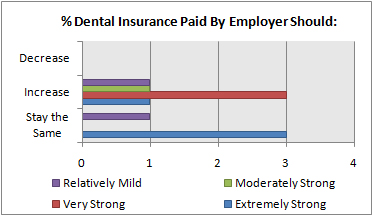 Based on those results, the players felt strongest about issues related to:

Life just isn’t fair. And my intention was to establish that fact as much as possible during this class.  Among the seven year historical financial data distributed to the students, the final season contained projected financial results.

The interactive mock negotiation was scheduled to take place after the class break, but ten minutes before that I presented the\ students with the Sim Orchestra’s actual financial results.  Chart A details how the numbers came in well below the projected figures management initially supplied to the players.

Obviously, the Sim Orchestra is in some big trouble; they’ve run up a 16% season deficit.

But wait, the orchestra’s board and management (represented by yours truly) have created a three year plan for recovery which was presented to the musicians immediately after the news about the actual year end finances:

After a thorough audit and review of current and historical financial information, the board has determined that in order to prevent bankruptcy, significant changes will need to occur in the upcoming contract.  As a result, it is necessary to make corrections to the upcoming collective bargaining agreement so that we adjust annual expenses by $2,184,588. As a result:

The management then presented the musicians with three separate options designed to reduce the annual expenses by the necessary $2,184,588 as well as produce a yearly surplus that would allow the accumulated deficit to be paid off in three years.  Each option carried a different amount of risk: 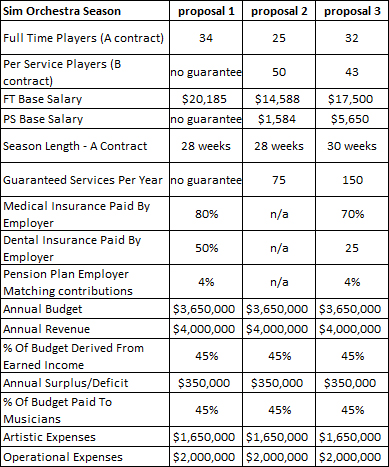 At this point the class came to a halt to take a scheduled break, as will this first installment.

I invite you to return tomorrow where the “Games Will Begin” as the students recover from the shell shock of the new information and prepare to begin the mock negotiation.

Postscript: The financial information for the fictional “Sim Orchestra” isn’t really all that fictional. It’s an amalgamation of information from several very real orchestras and the similar situations they have faced in the recent past.

X
The Realities of Orchestral LifeAcademia…