After completing the mock negotiation session with the MBA students from the University of Wisconsin-Madison’s Bolz Center for Arts Administration program, my mind wandered into contrast and comparison mode and I began to think about what just transpired with the UW-Madison students and how music performance students from the Eastman School of Music responded to a similar mock negotiation session I conducted with them in 2004… 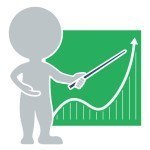 I want to preface this article with pointing out that the purpose for contrasting and comparing these two groups of students isn’t to determine if one group is better than another. On the contrary, it is a reflective tool allowing the individuals responsible for sending the future managers and musicians of tomorrow off with the best training they can provide. As such, this isn’t a beauty contest; instead, everyone is pretty, just in different ways.

One of the most obvious differences will likely be the least surprising. The Eastman students didn’t catch a single one of the accounting errors whereas the UW-Madison group picked up just about every one. At the same time, I don’t think that’s a negative reflection on Eastman, after all music students aren’t learning about balance sheets and accounting practices and I expect the results would be reversed if I asked the UW-Madison group to sing the opening bassoon solo to The Rite Of Spring solfeggio using Fixed Do.

However, another noticeable difference was in the way the Eastman students conducted themselves. Although they were equally frustrated and scared to think that management’s proposed draconian cuts could cost them their fictional job, they always maintained their composure. They became energized but never petulant. That isn’t to say that the UW-Madison students were rude or disrespectful but they had no difficulty in expressing precisely what they thought of SimOrchestra’s management and board.

Along the same lines, the Eastman students immediately began looking for middle ground and solutions either side might have overlooked. The UW-Madison students concluded that they didn’t like the atmosphere so they were going to bail. This particular point was one of prolonged discussion with the UW-Madison students as I found the need to explain the nature of conservatory training and the highly competitive nature of winning an orchestra audition.

It is one thing to have a great deal of well placed confidence in your own analytical skills knowing full well that you can offer those skills to a fairly wide group of potential employers. It is another thing to know you’re a highly skilled artist entering a field that finds itself justifying its existence at seemingly every turn.

As such, I found that the Eastman students had a sort of inherent understanding that every job they might win could be their last. As such, I observed that it made them more agreeable to exploring options. That doesn’t mean both sides weren’t willing to enact extreme measures if needed. After all, the Eastman students did vote to authorize a strike if necessary, albeit by a small margin.

But the Eastman students approached that option as a last resort as opposed to the UW-Madison students who went way beyond authorizing a strike and simply walked away from the entire organization in lieu of crafting a counter-offer.

Without a doubt, the UW-Madison students were better prepared than their Eastman counterparts. In particular, they did a better job at polling their fellow musicians and they took more time to submit questions to me via email in advance of the session. The Eastman class also had a higher percentage of students that seemed disinterested during the entire mock negotiation and they had a higher component of students that didn’t ask questions.

I don’t find these issues particularly surprising since the majority of conservatory students don’t learn about issues related to collective bargaining agreements at any point of their formal education. As such, it shouldn’t’ come as a shock that they simply don’t have a frame of reference as to how much these issues will likely influence their career later in life (assuming they win a plying job in the first place).

One final, striking, difference between the two negotiation committees interacted as a unit. Among the UW-Madison group, they refused to elect a committee chair and, instead, claimed that they preferred to act as a collective, and they were not in favor of figureheads. As for the Eastman students, they dutifully elected a committee chair and allowed that person to shoulder the bulk of the responsibility in preparing for the mock negotiation.

However, when it came time to sit down at the bargaining table face to face, I noticed that the Eastman group behaved much more collectively than the UW-Madison students. Although the UW-Madison students talked up their collective practices, there was no mistaking that there were two figureheads among the five member negotiation team. In fact, I watched the UW-Madison negotiation committee during the scheduled break discussing their next move and, for the most part, the three non-figureheads were along for the ride.

The UW-Madison negotiation committee figureheads decided what they should do, agreed between the two of them that this was the best course of action, and then asked the remaining members if they agreed or not. It all reminded me of the old Groucho Marx joke “do you still beat your wife?”

However, although the Eastman group had an elected chair, four out of five committee members were actively engaged in the negotiations. I also witnessed the chair delegating more responsibility to the other members (regardless if they wanted it or not). As such, if I had to determine if one group functioned as a sincere collective unit more so than the other I would have to say the Eastman group would get the nod. At the same time, I don’t think the Eastman students were actively trying to behave collectively; it was just how they were.

I noticed the UW-Madison students had very well defined ideas of what constitutes collective behavior. It was almost as though they approached it like a check list; if all the boxes were ticked off then yep, they must be behaving collectively.

Although I’m not fond of stereotypes, I do have to admit that I noticed the UW-Madison students exhibited a greater number of traits typically associated with the old-school, blood thirsty, orchestra musicians from decades past. Whereas the Eastman students tended to exhibit qualities more in line with contemporary approaches toward collective bargaining. As for me, this was an unexpected occurrence and just another of life’s lessons reinforcing that you should never assume.

One of the strongest similarities between both groups of students is how they both focused on a few key issues within the SimOrchestra’s historical progress. For instance, both groups picked up on the fact that the organization had more than doubled operational expenditures as compared to artistic expenditures over a seven year time frame.

Both groups were equally upset at the fact that none of management’s proposals reduced this trend and, in most cases, amplified it. They were equally vexed by management’s responses as to why it took so much more resources to run the organization while revenue and ticket sales were both declining.

I was especially pleased to see that the UW-Madison students not only focused on this point but they came to the same conclusions as the Eastman students: something here felt inherently wrong. They both wondered why couldn’t management be more efficient, why they were being asked to shoulder a larger percentage of the burden in all of management’s proposals, and why management believed the ensemble could be just as artistically effective if they had to endure such large cuts.

Seeing such behavior among the UW-Madison students was a welcome treat. I’m glad to see that they had an inherent understanding that cuts in the neighborhood of 30% across the board are going to have a detrimental impact on the overall artistic product. Apparently, academic number crunching comes up with the same answers as artistically honed gut instinct. I sincerely hope that the UW-Madison students never misplace that mind-set.

Although they weren’t in the majority in either class, there were a noticeable percentage of students in both groups that were very concerned about finding ways to prevent a slash and burn mindset from taking hold of a board of directors. They were curious to know more about how things could get that bad and if it is something that happens slowly over several years or if it can pop up at any time.

Perhaps the greatest similarity of all is that both groups may likely find themselves performing the same tasks they were asked to carry out in their respective simulations five to ten years from now; but at that time, it won’t be a simulation. Regardless of the steps they select, they’ll all end up dancing to the same tune at one point or another. As such, the better each side not only understands the other’s point of view but how and why they came to those conclusions, the better equipped they’ll be to deal with problems when they arise.

In the end, I think both mock negotiation exercises were successful on a number of different levels. I would be interested to see if it’s possible to set up a mock negotiation where the negotiating parties would include arts administration students as well as music performance students.

The logistics would be a bit trickier but nothing that couldn’t be figured out. I can say with complete certainty that having the future managers from UW-Madison assume the role of the musicians was a very good decision. They’ll already receive training in other components of their education on issues related to collective bargaining agreements and negotiations but I don’t believe that training will require them to see the picture from the other side of the table.

Although I think a similar process would be useful for the music students, their lack of a suitable frame of reference into the issues surrounding administration and governance would likely marginalize the benefits they could obtain as compared to their arts administration counterparts.

Part 1 and especially Part 2, from this series generated a good deal of comment based discussion and I’m curious to see what sorts of responses readers submit from this final installment. As such, I invite everyone to submit your observations and impressions; feel free to comment, criticize, and compliment to your heart’s content.

X
UW-Madison Mock Negotiation Reflections Part 2AcademiaContinuing where things left off in Part 1, the MBA students from the University of Wisconsin-Madison's Bolz Center for Arts Administration program we…

267 min
X
Summing Up My Time At ASULectures & PresentationsI had a wonderful, albeit brief, time talking to the ASU post-graduate orchestral conducting students. The 45 minute exchange turned out to be a conce…