In case you missed it last Friday, I posted a copy of an article by Christopher Durham, American Federation of Musicians (AFM) Symphonic Services Division (SSD) Director and Assistant to the President, titled Quality Leadership Is Essential in Difficult Times. In that article, Durham essentially levies blame on much of the hardships throughout the field as the result of and in response to the practices and policies endorsed and implemented the League of American Orchestras. As promised at that time, I want to take a moment to offer up some observations… 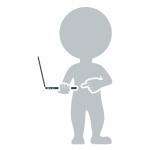 Certainly, Durham has strong feelings on this topic and although his article comes in at 2,629 words, he covers so much worthwhile ground that it actually suffers under its own weight in the form of too much editing. It’s akin to fitting a size 52-tall topic into a size 38-short space; consequently, the format precludes the ability to offer much along the way of useful suggestions. If anything, it would have been good to see him use this article as an introduction to a series of articles that explore each topic in necessary detail. Unfortunately, that isn’t the case and a number of Durham’s thoughts seem to get cut off before being fully explored.

Add to that his target audience is a clearly defined group of stakeholders; namely, orchestra musicians. And although Durham concludes his article by reasserting that the business is suffering from a lack of quality leadership, his suggestion to combat this is for orchestra musicians to embrace collective activity.

Given the target audience, that conclusion (albeit it unsurprising) makes complete sense. But when taken into a larger context, it might leave many outside that stakeholder group scratching their head.

The closest Durham comes to offering up a firm suggestion is at the end of the “Core Orchestras” subsection.

“The League has not, in my opinion, taken a position of leadership to correct what must be corrected in the industry, but rather has acted as a facilitator who welcomes all ideas, filters few, if any, and then throws open the door to chaos. The most frustrating aspect of the League’s behavior is that it doesn’t seem to recognize the problems that exist, nor resolve them, and it believes that upending the industry will have a positive effect on resolution and public perception.”

Although it would have undoubtedly generated some sensationalist posts across the culture blog community, it would have been surprising, nay silly, to see Durham suggest anything drastic such as disbanding the League. I don’t think anyone inside the field would like to see that happen, especially me. But I do believe there is a strong sentiment that the League would better serve the business if it reorganized its internal governance structure, focused internal talents toward producing direct support activity, and guided philanthropic resources toward a broad range of administrative capacity building and artistic development projects.

I want to be very clear here and say that I know and respect a number of professionals that have or are currently working for the League of American Orchestras. Whether they serve as a direct employee or in a volunteer capacity, they recognize many of the problems Durham alluded to and have been working hard to make things better from the inside. And given just how difficult a task that is, they deserve an enormous amount of thanks for fighting the good fight.

Nonetheless, the League is too cliquey for its own good and the cultural-industrial complex it fosters grows bigger and more entrenched each year. The field would be wise to adopt the warning delivered by President Eisenhower in 1961 against the long term, slow growing negative ramifications resulting from the emerging military-industrial complex during that era:

A service organization, with a mission and responsibilities such as the League, would benefit from guarding against the acquisition of unwarranted influence, whether sought or unsought, by a cultural-industrial complex. The potential for the disastrous rise of misplaced power exists and will persist.

Ultimately, I’d like to be an optimist and believe the field hasn’t crossed the point of no return and the cultural-industrial complex can be reversed as easily as it is being cultivated. Fortunately, all the right people to bring that about are out there right now. It’s just that most of them don’t know there are others out there like them so if we could bring them together in the same room to let them see how many and how diverse of a group they area, there’s no telling what could be accomplished.

5 thoughts on “AFM Calls Out The League: Observations”

What The Richardson Symphony Should Have Done

AFM Calls Out The League: Observations