As last ditch, multi-mediator facilitated bargaining sessions between the Detroit Symphony Orchestra (DSO) and their musicians failed to produce a settlement over the weekend, the organization crossed the first major benchmark in contentious labor disputes. In this case, DSO management decided to abandon play and talk bargaining in favor of implementing their last, best, and final offer and in response, the musicians announced they are going on strike starting Monday, October 4, 2010… 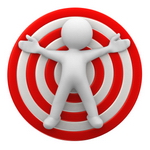 There are numerous articles in mainstream newspapers covering the details of this weekend’s bargaining sessions (Detroit Free Press, Detroit News, and Associated Press) but according to press statements from the DSO and its musicians, here’s where things stand:

So far, with the exception of management implementing their last, best, and final offer in lieu of locking out the musicians, this labor disagreement has followed a very traditional path. However, if musician claims regarding cancelled insurances are accurate (the DSO has yet to respond to requests for confirmation and/or additional details), that stage is arriving much earlier than usual and could be a signal that the disagreement will deteriorate much quicker than usual.

Currently, all signs indicate that neither side is going to give in quickly as was the case in Cleveland when that orchestra’s management moved from their last, best, and final offer to the point of settlement one day following a musician strike. If the DSO is indeed planning to cancel all insurances and go to the effort to take legal action against the musicians for engaging in promotion of self produced concerts, then that’s another strong indication that the work stoppage will become a conflict of attrition.

To date and when compared to previous conflicts over the past decade at other large budget orchestras, the DSO has been particularly short on details and has not been as aggressive in promoting their position. On the musicians’ side, they have approached the situation in typical fashion, using traditional talking points and coming out of the gate with a great deal of enthusiastic solidarity.

At the same time, musician resolve and solidarity are typically key factors in the outcome of extraordinarily contentious labor disagreements. And in the case of the DSO vs. their musicians, it isn’t the least bit unusual to think that the work stoppage could last months or even the entire season without resolve provided the musicians are unsuccessful with their NLRB complaints or can no longer literally afford to remain on strike.

We’ll examine some more benchmarks and likely outcomes associated with work stoppages of this magnitude when/if the strike begins on October 4, 2010.

4 thoughts on “Where Things Stand In Detroit”

X
Off To DallasFeaturedI'm in Dallas today for some HEARTbeats Foundation related work and while here, I'll be attending the Dallas Symphony's Beethoven Triple Concerto conc…

Where Things Stand In Detroit

233 min
X
Mehta Leaving New York Philharmonic in 2012FeaturedNot long ago, the Managing Director of the Lyric Opera of Chicago, Bill Mason, announced he would be stepping down at the end of the 2001/12 season. I…