According to reports in the 2/8/2011 editions of the Detroit Free Press and Detroit News, the Detroit Symphony Orchestra (DSO) musicians have rejected management’s offer from Monday, 2/7/2011. At the same time, the Free Press article, by Mark Stryker, reports that the DSO executive committee secretary has indicated that if a deal isn’t in place by Friday, 2/11/2011 then they would “probably” cancel the remaining season… 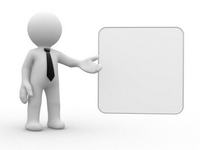 Stryker’s article goes on to report that the musicians’ spokesperson, DSO Cellist Haden McKay, indicated the musicians have offered an “informal counterproposal.” The News’ article, by Michael Hodges, adds that the crux of the disagreement is still centered on how the outstanding $2 million in special funding is to be allocated over the term of the contract.

What’s fascinating here is that for the low, low price of $2 million, you could conceivably control the fate of one of the oldest and renowned professional orchestras in the country. It is unknown whether the $2 million in question is from a single funding source or not but it would be interesting to compare this gift alongside the DSO’s other existing gifts of equal or greater value and whether they contain any potential restrictions on program activity, etc. like the type reportedly assigned to the special funding gift.

To be clear, I do not know if the DSO’s current stream of contributed revenue has a donor within those parameters but if they do, it could become an excellent case study on how an organization can become so focused on the terms associated with restricted funds that they end up functioning as institutional blinders.

In the meantime, most folks are wondering what happens next for the DSO. Here are a few potential outcomes based on traditional practices (some more likely than others, I encourage you to guess which ones are which):

It doesn’t take much imagination to picture some of the potential outcomes, but perhaps the best to hope for at this point is both sides continue to conduct formal negotiation sessions, open up with details about the sticking point gift, hammer out the remaining differences, and arrive at an agreement the board and musicians can ratify.

The one thing you can count on at this juncture is something will happen. 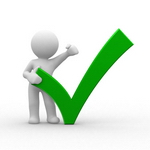 No Agreement In Detroit. So What's Next?

282 min
Will The DSO Cancel The Season? 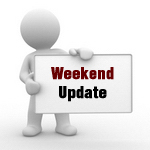