The 2009/10 season was the first to suffer the brunt of the economic downturn but its impact on executive compensation varied wildly from one group to the next. This season experienced some of the largest gaps between compensation extremes with some executives enjoying modest to healthy increases while others experienced sizable cuts. But in the end, and for the first time since the 2000/01 season, the average orchestra executive earned less in 2009/10 than the previous season. 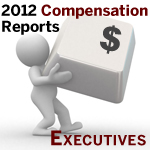 It is important to remember that the numbers shown do not always convey a complete compensation picture. For example, an orchestra executive may have had a large increase in salary due to a contractually mandatory severance or deferred compensation package. Additionally, if any executive was not employed for a full season, the documents used to gather this data do not indicate how much of the season the individual received a salary. As such, the cumulative compensation may artificially inflate annual earnings. Conversely, reported figures may not reflect bonuses or other incentive payments and may therefore under report what executives actually earn; as a result, the cumulative compensation for executive directors may or may not be more than what is listed.

If you’re curious about exactly how much of a difference can exist, the recent Philadelphia Orchestra bankruptcy proceeding shed a sliver of light onto the river of unspecified compensation executives can garner by way of perks and benefits. Details were reported in an article published on 3/2/2012.