I had the pleasure of chatting with Cathy Wurzer on Minnesota Public Radio’s Morning Edition to discuss the recent Minnesota Orchestra Association (MOA) and St. Paul Chamber Orchestra (SPCO) labor disputes and what might be needed in order to bring about some positive change. Given the level of public rancor between each group and its respective musicians, it seems as though things are going to get worse before they get better.

You can listen the full interview at the MPR website (or via the audio player below) and they published a companion article as well.

It’s important to remember that in addition to swaying public opinion each stakeholder needs to keep their house in order and strengthen those colleague’s resolve. For the MOA, Thursday’s annual board meeting was a key event in that it was almost certainly an occasion for the current executive leadership to reaffirm their case and squash any seeds of dissent from blossoming into would-be board factions.

Historically, internal division among board members has a great deal of potential for derailing resolve which brings up an opportunity to take a peek behind the political curtain of orchestra bargaining.

Meet The Board Whip 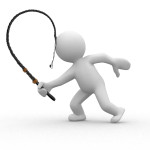 Although certainly not an official board position, it isn’t unusual during hostile labor environments for an orchestra’s executive committee to rely on one or two members to serve as a sort of party whip. These individuals can be charged with maintaining communication between the full board membership and the executive committee; the latter of which is typically the driving force behind how inflexible a position an employer adopts during labor negotiations.

And just like their congressional counterparts, board whips that fail to maintain communication, maintain resolve, and marginalize voices of dissent between the long stretches of full board meetings risk overlooking discontent that, under the right circumstances, can grow into a full blow board coup.

Consequently, it is worth keeping an eye on the broader MOA board to see if Thursday’s annual meeting produces any change in the institution’s approach or simply more of the same hardliner stance.

In the end, the important thing to realize at this juncture is amid the fervor to maintain resolve, it is easy to inadvertently set in motion a self fulfilling prophecy that hastens the sort of scenario I described in my conversation with Cathy Wurzer.

“When it’s gotten to this level of animosity it’s not unusual for the dispute to become more about winning the fight than whatever the issues were to begin with – it becomes personal on both sides. And it’s very difficult for individuals in both stakeholder camps to step back from that. The thing I talk about a lot with clients in this situation is you have to find a way to provide an opportunity for both sides to save face with a solution, so that somebody doesn’t have to lose in order for someone else to win.”

1 thought on “Whip It Good In Minnesota”

X
Spokane SettlesNegotiationsIt appears that the Spokane Symphony Orchestra (SSO) and its musicians reached an agreement thereby ending a month long strike. Details are slim; the …

Whip It Good In Minnesota

262 min
X
So Much For Tidings Of Comfort And JoyNegotiationsEven through the holiday season is typically characterized by humanity and compassion, it doesn't seem to be catching on at some of the brighter hotsp…
Send this to a friend