On March 18, 2005 I published an article titled Staring At The Crossroads In Salt Lake which examined the pitfalls associated with the process and subsequent decision to merge the Utah Symphony and Utah Opera organizations into what is now the Utah Symphony & Opera (US&O). Since the merger, the organization has been rocked with numerous financial, operational, and governance problems. 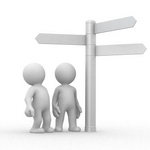 In 2005, the US&O hired Tom Morris to conduct an examination of the organization and the merger. Long story short, the report was not overly complementary and what became known as The Morris Report prompted a series of subsequent evaluations, strategic planning sessions, etc. all of which were related to the merger in one form or another.

The latest endeavor, prompted by a recent labor dispute and subsequent employee concessions, was designed to assess the merger and present recommendations for moving forward. Unfortunately, it looks like no one outside of those who participated in the assessment will know what transpired.

Thanks to an eagle-eyed reader (you know who you are), for noting the following excerpt from the US&O’s official board minutes from 9/27/12.

CEO Report: Ms. Tourangeau reminded Board members that as part of the waiver agreement to the musicians’ contract last November, a I0-year Retrospective Task Force made up of musicians, staff and board members led by a third-party facilitator engaged in a series of meetings in the spring. The group conducted a thorough vetting of the merger history: why it happened, the benefits realized, expectations that have not been fulfilled, and recommendations moving forward. A confidential internal document has been created and was forwarded to the Trustees for review prior to the meeting. Ms. Tourangeau shared a quick summary of the repot with Trustees and noted it had been presented and discussed in longer meetings with the staff and musicians earlier in the week. Looking at the report from a public perspective, there is no new news in the repot; however, it could be politically interesting in the industry. The intention is for the document to remain an internal report; if any media inquiries are made, those should be directed to US&O’s PR Manager, Hilarie Ashton, as usual. The Trustees discussed the importance of understanding the past and taking forward the lessons learned regarding transparent communication. Ms. Richards expressed she felt it was a healthy process and she is encouraged to move forward with the understanding achieved. Ms. Tourangeau noted the possibility of creating a committee made up of similar constituencies as the task force to address ongoing organizational issues before they evolve into misconceptions.

On the bright side, it is good to see the organization recognize the report might be useful to the field as a whole, even if it is buried in a sea of boilerplate retrospection and what some might characterize as an attempt to sweep the entire ordeal under the rug and hope everyone will stop asking about it.

In the end, there appear to be just as many questions now as there were in 2005.