Even through the holiday season is typically characterized by humanity and compassion, it doesn’t seem to be catching on at some of the brighter hotspots throughout the Season of Discontent. For example, the Minnesota Orchestra Association (MOA) announced additional cancellations through February 10, 2013 on the same day they posted public statements indicating a desire to schedule bargaining sessions. 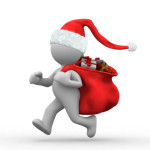 The only real change in public tone from the MOA is mention that the proposed bargaining sessions can be conducted without preconditions; at the same time, there’s no reference to exactly what sort of preconditions existed beforehand. On numerous occasions, the MOA expressed public angst over what they defined as a lack of formal counterproposal from the musicians but it isn’t expressly clear whether that item continues to be a sticking point.

Perhaps coincidentally, the MOA’s sans preconditions offer comes hot on the heels of a letter from 14 Minnesota state legislators who suggested the state may need to conduct hearings into whether or not the MOA misled lawmakers about the orchestra’s financial condition when it applied for, and received, millions of dollars in state assistance for the current hall renovations and subsequent operating fund endowment. The MOA denies any wrongdoing or that it misled legislators.

The timing of the letter and the subsequent offer may be reasons why the musicians are reticent to accept. The 12/21/2012 edition of the Minneapolis Star Tribune published an article by Graydon Royce that reports the musician response is perhaps best defined as “unconvinced.”

In a press release, musicians said they wanted clarifications before taking the offer seriously. They demanded to know whether management would end the lockout, withdraw the final offer that musicians rejected on Sept. 30 and make a new offer. The release also questioned whether the board had notified the federal mediator of the proposed dates.

“When they answer these questions, we will know more about what their intentions are as far as the nature of these meetings,” said Tim Zavadil, head of the musicians’ negotiating team.

At the other end of the country, the Jacksonville Symphony (JAX) labor dispute is beginning to turn hot again. A pair of opinion articles published at jacksonville.com defines how the orchestra and its musicians are beginning to square off.

Published on 12/20/2012, the first letter was from JAX board chair elect, Martin F. Connor, which lays out the board’s position behind why they have been proposing base musician compensation cuts anywhere from ten to twenty percent.

The musician letter, signed by the musicians’ negotiating committee, was published the next day and cries fiscal shenanigans against their employer and suggests that the economic situation may not be as bad as stated or at worst, was made that way intentionally. To help bolster their position, the musicians cite the recent National Labor Relations board recommendation that their unfair labor practice charge filed against the orchestra should be heard by an administrative law judge.

You can expect that situation to become increasingly antagonistic before things begin to improve.

1 thought on “So Much For Tidings Of Comfort And Joy”

So Much For Tidings Of Comfort And Joy

332 min
X
More Info From JacksonvilleNegotiationsOn 12/24/2012, I published an article that linked over to a pair of letters related to the ongoing Jacksonville Symphony (JAX) labor dispute that were…