On 3/7/2013, Minnesota Representatives Jim Davnie and Rick Hansen presented a letter to Jim Nobles at the Minnesota Office of the Legislative Auditor (OLA) co-signed by 86 fellow members of the MN legislature (that’s 42 percent of all seats) requesting that his office “audit the books of the Minnesota Orchestra Association (MOA), including a review of its feasibility study for the remodeling of Orchestra Hall, a review of the use of all public funds, and of testimony of Orchestra principals before legislative committees for and about securing of” state funds for the orchestra’s current renovation project and subsequent operational subsidies. 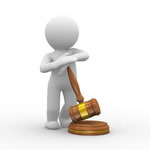 It’s one thing to have a handful of state representatives ask questions in a hearing but when nearly half of the state’s legislature begin demanding an investigation, it’s an entirely new ballgame.

According to the OLA’s website, their office is tasked with oversight and investigation into the state’s many programs. With dedicated divisions for financial audits and program evaluation, the office could grant this request and produce reports that would subsequently be used in any legislative hearings into whether or not certain MOA representatives misled the state when seeking requests for funding.

The epicenter of this particular political storm is MOA President and CEO Michael Henson, who is the only MOA official to be mentioned by name in the Davnie-Hansen letter.

If nothing else, it appears as though the state will have plenty of time to grind the gears legislative action since the MOA work stoppage doesn’t appear to be ending any time soon.

Perhaps unsurprisingly, there’s no mention in the letter about what might actually come about as a byproduct of an investigation. Will the state ask for their money back, will this ordeal poison the well for future funding requests from arts group, or will the request become dead in the water via red tape and political shenanigans?

If nothing else, and assuming they haven’t done so already, the MOA board should be taking a very close look at their state’s rules and regulations as applied to nonprofit board accountability, not to mention their directors and officers liability insurance policy (colloquially known as D&O insurance).

3 thoughts on “Hell Hath No Fury Like A Legislature Scorned”