For those unaware, the American Federation of Musicians (AFM) just wrapped up their 99th convention in Las Vegas, NV and in what has become a reliable standard, Milwaukee Symphony Principal Violist and President of AFM Local 8, Robert Levine, has been in attendance and blogging away with his observations. Most of it is a routine grinding of the gears but things apparently picked up on 7/24/13 in what Levine describes as “a remarkable happening.” 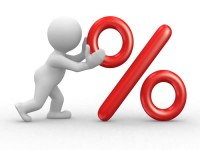 Toward the beginning of the convention, one of the AFM conferences announced they were donating $500 to Minneapolis-St. Paul Local 30-73 in “support for the musicians of the Minnesota Orchestra and the Saint Paul Chamber Orchestra.” According to Levine, Local 30-73 has been hit especially hard thanks to ongoing legal fees associated with a pair of season long lockouts at the Minnesota Orchestra Association (MOA) and the Saint Paul Chamber Orchestra (SPCO).

Although no figure, precise or ballpark, was provided, the costs were described by Levine as “crippling.”

As it turned out, the initial donation sparked additional giving from other Locals, individual convention delegates, and even the union camera operator. By the time it was all said and done, the amount raised is reportedly $71,000.

It is difficult to imagine that the donation won’t remove a good bit of financial pressure for the Minnesota Orchestra musicians and Local 30-73 but the overarching question is if the money will be enough to make a difference in how the labor dispute resolves.

Historically, financial reserves during a work stoppage has a good bit of impact on how things play out, much the same way elections are influenced by which candidate raises the most money. When trouble is anticipated a year or more before the onset of negotiations, musicians begin putting away additional money in what is colloquially known as a war chest in order to pay for higher than normal legal fees, beef up strike fund payments, etc.

On the employer end of the equation, they use financial resources to exacerbate the impact of financial pressures and bringing in public relations consultants in hopes of cracking resistance as soon as possible in order to obtain a settlement more to their liking. Although employers typically have an initial spending advantage, the well isn’t bottomless and when the money runs thin, a board’s resolve fades away in very short order.

But nothing stays the same forever.

Perhaps unsurprisingly, those who fail to adapt tend to fade away and one of the devices refined since the onset of the economic downturn is to wage labor war when they are flush with cash. The goal here is to identify fixed, long term expenses as the root of eventual fiscal insolvency; in turn, the employer then proposes immediate and sharp austerity measures as a solution.

By doubling down on the traditional leverage of financial pressure, an employer can help maintain resolve and discipline among the general board members while remaining entrenched for prolonged periods of time. In extreme cases, employers are prepared for season long periods of dark activity in order to ultimately maximize employee concessions.

Over the past few years, the strategy has been quite successful in some locations; at the Philadelphia Orchestra, musicians decided against putting up much of a struggle and at the SPCO, the musicians’ opposition eventually fractured and imploded then acquiesced to employer demands.

In all likelihood, the $71,000 won’t be enough to derail a well designed New Model Army approach in a direct spending war. At the same time, it may be sufficient to buy just enough time to allow other pressure points to reach critical effectiveness.

In the end, money still matters and if one side can set aside enough to outspend the other by a sizable margin, it can not only change the dynamic of the labor dispute but influence the overall strategic direction of institution.