The Orchestra 990 Database Project is done and although there was passionate support from a diverse group of backers, the project failed to meet its funding goal. But thanks to the way the campaign was designed, that’s not a bad thing; in fact, it’s a great thing. Let me share what you can accomplish by embracing failure. 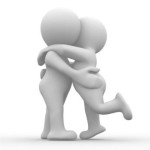 Ever since the earliest stages of designing the campaign, the entire process has been as much an experiment in the methods of crowd sourced fundraising as it was about meeting the actual funding goal.

Consequently, the puzzle that needed solving centered on how to derive as much benefit from failure as success (which in this case was defined by reaching the fundraising goal) without asking backers to absorb risk by paying into a project that may fall short of the minimum funding goal. Kickstarter was an excellent vehicle thanks to its policy of only charging backers if the project reaches its stated fundraising goal.

Thanks to that vital policy, we were free to explore these options without betraying our backer’s faith and long story short, it became clear that the key to defining value in failure meant obtaining knowledge that was previously unknown.

To that end, the project needed to be 100 percent crowd sourced. Instead of gearing the project toward one or more usual suspects likely to benefit from a searchable database of orchestra 990s, it made better sense to promote it as a universal tool for all stakeholders, allowing them to self-identify which aspects provided greatest value.

This meant no approaching any large single benefactors or foundations for seed donations; likewise, no approaching organizations that would obviously be useful for generating interest such as service organizations or the American Federation of Musicians and its player conferences.

Simply put, the parallel goal became seeing how much support could be generated entirely by word of mouth, in both pledges and social sharing, for a niche project with this sort of price tag.

The results were fascinating and entirely useful in that I’m unaware of any other efforts in the field focused on launching a Kickstarer campaign with the goal of uncovering this sort of data.

Here are some of the most useful points you can use to help shape a Kickstarter campaign for you or your organization.

You Can Expect A Relaunch In The Fall

Rest assured, the project will be launched again in the fall but this time around, we’ll leverage the data from this effort along with pursuing the resources we intentionally bypassed this time around. In short, the goal will be hyper focused on meeting the fundraising goal.

Between now and then, I want to express my heartfelt thanks to everyone that made a pledge, your support was more than enough to inspire a subsequent attempt!

3 thoughts on “What You Can Gain By Embracing Failure”

What You Can Gain By Embracing Failure

244 min
X
How Much For The Valkyrie?DevelopmentIt is day 2/3 for my top secret client work here in NYC so another quick post today inspired by a recent article from Joe Patti at Butts In The Seats …