There’s an interesting article by Tim Smith in the 3/8/2015 edition of the Baltimore Sun that examines the unusual decision by the Baltimore Symphony Orchestra (BSO) musicians to engage the services of a public relations firm. Although hiring a PR firm isn’t unusual in and of itself, it is typically reserved for times of active bargaining but the BSO’s current master agreement doesn’t expire until the end of the 2015/16 season (approximately 18 months from now). 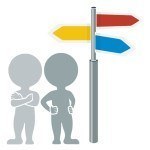 Since the economic downturn, it has become increasingly common for both employers and musicians to increase their respective lead times in order to prepare for what either stakeholder feels may be contentious bargaining, so from that perspective the musicians’ decision isn’t entirely surprising. Having said that, one element worth noticing here is the 2015/16 is also the BSO’s 100th anniversary, a major milestone for any professional orchestra.

According to Smith’s report, the BSO’s president and CEO, Paul Meecham, was quoted saying he found the musicians’ timing odd and that it may damage their efforts to leverage the 100th anniversary so as to maximize their patron juice.

“I think the timing of this is odd, just as we are about to announce next season. We’re going to use the centennial season to increase the visibility of the orchestra and get more people to come and to ensure an artistically vibrant orchestra.”

At the same time, the musicians assert that any potential risk is worthwhile in light of how disenfranchised they feel as a stakeholder charting the organization’s future. Among the issues covered in the article, the musicians stressed that their orchestra is no longer capable of attracting new members with similar levels of accomplishment and that the compliment of full time musicians is both too low and unsustainable.

Since the turn of the century, the BSO has shed 15 percent of its salaried musician compliment (musician employees that earn full pay, tenure, and benefits) and the organization has struggled to actually hire the reduced number of musicians it is contractually obligated to employ; as of now, it has 7.5 percent fewer salaried musicians than it should.

And this is where thing get really interesting.

He Said, She Said

According to the musicians, their pay is no longer competitive and their employer no longer treats them as genuine stakeholders.

“We feel we are being taken for granted,” says Mary Plaine, one of the BSO’s two librarians and a member of the players’ committee.

The musicians also contend that extended absences have made it more difficult for new musicians to acclimate and for the existing musicians to maintain a unique sound that has been developing for decades.

“It takes a while for a person to settle into an orchestra,” said Andrew Balio, the BSO’s principal trumpet. “We don’t want to compromise our playing. But we feel we are barely holding it together.”

Meecham took issue with both of those points stating that the orchestra has only failed to fill two of 13 openings over the term of the existing master agreement and in the end, the musicians and music director are responsible for selecting candidates per the audition process terms in their collective bargaining agreement (CBA).

“If there were concerns on the part of musicians about the quality of candidates, the musicians would have exercised their right to vote accordingly,” [Meecham] wrote in a follow-up email.

Given the number of unfilled openings and lower numbers of full time musicians, the BSO has been relying on substitute musicians more than ever and here again, the musicians and their employer hold very different opinions. Meecham was quoted in Smith’s article stating that the orchestra regularly has it’s pick of the litter when it comes to substitute musicians.

Meecham said that “the BSO is able to attract high quality substitute players without any difficulty. This isn’t to say that this is a long-term solution, but … there is full confidence in the quality of the whole orchestra.”

This is one area where the employer appears to be completely unaware, either unintentionally or by design, to the organization’s actual reputation among freelance musicians.

In order to help quantify anecdotal data, I reached out to several long time, well established, and first call Mid-Atlantic area freelance orchestra musicians to get their take on where the BSO falls in the bigger picture. In Part 2, we’ll examine their perspective alongside some of the numbers that freelance musicians take into consideration when accepting offers for substitute employment.

Is the BSO sub call all that and a bag of chips or a gig of last resort? You’ll find out in Part 2.

X
Equal Work For Equal Pay: An Orchestra Musician Third Rail Topic…Equal Pay-Equal WorkOne of the most common tasks in my consulting work with boards and administrators is adjusting preconceived notions about the musicians union. One of …

A Gig Of Last Resort? Part 1

263 min
X
A Gig Of Last Resort. Part 2Equal Pay-Equal WorkIn Part 1, we discovered that there's something not quite right at the Baltimore Symphony Orchestra (BSO) where frustration has given birth to disenfr…