There’s an interesting article by Elizabeth Bloom in the 3/15/2015 edition of the Pittsburgh Post-Gazette that reports on audience development woes at the Pittsburgh Symphony Orchestra (PSO). In a nutshell, the PSO’s $100,000 study produced results that aren’t exactly earth shattering and the tiny focus groups of non-ticket buyers incorporated an equally myopic cross section of individuals; according to Bloom’s article, only 45 people were involved, all participants were ages 40 to 64, had incomes of at least $75,000, and most were married and white. 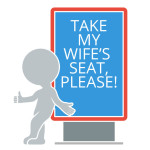 If you’ve read the Knight Foundation’s Magic of Music Final Report: The Search for Shining Eyes report* you’ll find it a far more useful resource than the conclusions reached in the PSO’s study. Nonetheless, some of the interesting bits of data from the PSO study include:

On that last point, it is worth noting that nowhere in the article is there an examination related to how the PSO facilitates purchasing tickets. The article does include some input from PSO senior vice president and chief operating officer Michael Bielski, who acknowledged that subscriptions are increasingly difficult to sell.

The orchestra still relies on subscribers for most of its ticket sales — 68 percent of revenue in the classical series this season — and has probably fared better than most orchestras at retaining those committed audience members, Mr. Bielski said. With improved sales of group and single tickets ($25.75-$105.75), revenue has been stable, he said.

Still, modern audiences are less inclined to buy large ticket packages. It’s not a new problem — “I remember 20 years ago having conversations about how to increase subscribers,” he said — but the model may not be sustainable in the future.

“At some point,” he said, “you simply have to get more bodies in seats to earn money.”

Consequently, I reached out to the PSO to learn more about the study and whether or not it included an examination of the PSO’s box office capacity; specifically, whether or not they have the ability to sell tickets the way we examined in an article here from 1/30/2015 titled To Subscribe, Or Not To Subscribe, That Is NOT The Question.

At the time this article was written, the PSO had not replied but I contacted them very late in the day; so much so that it would be unrealistic to expect a response to such a specific set of questions in such a short period of time. As such, we’ll follow up on this point in another post when/if they reply.

In the meantime, make sure you read some of the reader comments to Bloom’s article and you’ll notice that one of the factors keeping some new ticket buyers away are the existing ticket buyers. On that point, Chattanooga Symphony & Opera concertmaster Holly Mulcahy published an entertaining piece of satire on that very topic on 2/2/2009 via her blog, Neo Classical; titled How To Alienate Your Audience in 10 Easy Steps: Audiences, make sure you don’t skip over Step #6 then give the Post-Gazette comment from Katie Carson a read.

*Can you believe the report is a few months away from being decade old already?

X
Someone Tell Carnegie’s Perelman That Millennials Do Like Classical Music…Audience DevelopmentAs an interesting juxtaposition to what incoming Carnegie Hall board chair, Ronald Perelman, apparently believes is a general distaste for classical m…

232 min
X
Pittsburgh Strikes Back. At Themselves.Audience DevelopmentOn 3/15/2015, the Pittsburgh Post-Gazette published an article by Elizabeth Bloom reporting on a $100,000 marketing study that uncovered audience deve…