Although specific details about the terms of the Hartford Symphony Orchestra’s (HSO) new four-year collective bargaining agreement (CBA) are as of yet unavailable, we do know that the agreement contains similar financial terms, if not identical, to previous proposals, which called for a forty percent reduction in musician expenses.

According to a message from the musicians on their Facebook page, the annual compensation via the highest paid tier of musicians won’t exceed $20,000 (learn more about the different levels of HSO musician employment). 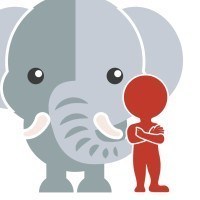 Although labor disputes rarely produce anything but varying degrees of lose-lose outcomes for stakeholders, the prolonged Hartford dispute is a categorical victory for the employer in that they not only managed to secure steep financial and working condition concessions, but they appear to have exchanged very little along the lines of increased accountability or improved transparency.

Typically, labor disputes at this level are only resolved once one or both sides are afforded an option to save face. In this instance, it appears that the eleventh hour offer from music director, Carolyn Kuan, to accept a reduction to her own salary that parallels any concessions musicians accept filled that role. The musicians issued a statement prior to their ratification meeting expressing their sentiments.

“[Kuan’s] willingness to share in our efforts to preserve the orchestra is the essence of leadership. This gesture shows her commitment to the success of HSO and the success of its mission, which is to provide Greater Hartford with the best in symphonic music. In short, she shows that she cares about both our institution and our city.”

Nonetheless, it is clear that fear over losing income in the wake of the board’s unspecified shut down threat ended up being the primary pressure point that caused the musicians to cave.

In response to one supporter lamenting the decision to accept the concessions, the musicians offered an unambiguous reply via their Facebook page.

“We need to pay our bills.”

Although the concessionary settlement may be in place, the HSO’s greatest threat to long term sustainability remains unchecked; in particular, the relationship between the HSO and Bushnell Performing Arts Center (BPAC) and its influence on maximizing revenue.

Although the performance of those providers and the HSO’s return on investment for those expenses is certainly a crucial element in establishing sustainability, the most concerning component in the BPAC deal was the decision to install that organization’s president and CEO, David Fay, as the HSO’s president and CEO. This is the key element that comes into play when related to maximizing potential revenue.

No One Can Serve Two Masters

As mutually exclusive 501(c)3 organizations, the HSO and BPAC compete for the same board and donor resources. In turn, the unearned income from those resources contributes to the majority of the orchestra’s revenue. In short, these are among the biggest chips in the revenue game.

The lynchpin in that board sourced revenue process is an institution’s CEO.

Although a nonprofit board is entrusted with the legal authority to hire, oversee, and hold a CEO accountable for results, the reality of that relationship plays out with less clarity.

Inside many nonprofit performing arts organizations, board members often lack enough direct nonprofit management expertise to carry out those duties effectively. As a result, the CEO tends to fill a dual role as someone who reports to the board, but also educates them on how the business operates.

Moreover, the CEO is also a key figure in recruiting the best available board talent and inspiring those individuals to maximize unearned income potential.

In the HSO’s case, installing a CEO that serves in the same position at what would otherwise be a competing institution invites a nothing short of a conflict of interest.

If this scenario sounds familiar, then you’re likely thinking about a deal in 2010 where the Columbus Symphony Orchestra (CSO) outsourced its administrative operations to the Columbus Association for the Performing Arts (CAPA) and installed the latter’s CEO as the orchestra’s CEO. Since that time, the CSO/CAPA relationship has produced a steady stream of subsequent budget cuts and decreased activity.

Ironically enough, the missed opportunity amid the ugliness of the dispute was failing to explore the shutdown threat.

As it stands, there is very little incentive for the HSO board to test the ceiling for revenue potential and if without the leadership and inspiration from a dedicated CEO, there is little potential for that to change. Moreover, if the similar arrangement in Columbus is any guide, you can expect a stretch of null growth, at best, or a steady decline toward continued concessions, at worst.

As a result, the best opportunity for severing this debilitating HSO/BPAC relationship would be dissolving the existing HSO’s 501(c)3 by way of liquidation bankruptcy.

Although the initial break and subsequent transition to a new orchestral organization would have undoubtedly generated short term financial hardships for many of the musician stakeholders, the long term prospects would be far better. To that end, the stronger long tail perspective would have been to embrace the recent shutdown threat.

At the very least, the musicians would have discovered if it was just rhetoric and if not, they would successfully remove the artificial limitations in place resulting from too many outsourced services and executive conflict of interest.

Having said that, the best likelihood for that to happen would have been if the musicians were able to build a coalition of motivated current and/or recent board stakeholders and administrators ready and willing to seize that opportunity.

Unfortunately, that window of opportunity has closed and thanks to the extended length of the new agreement, the only hope for revisiting this option is if the institution fails to meet the vastly reduced expense structure and enters yet another concessionary driven labor dispute.

X
Does The Hartford Symphony Orchestra Still Exist?…CommentaryUPDATE: as of this morning (1/19/16), it appears that the musicians have conceded and accepted the final offer. We'll explore available details and th…

Hartford’s Elephant In The Room Settles In As Musicians Cave