Q: What do you call a conservatory grad who couldn’t win an orchestra job?
A: An Orchestra Manager. 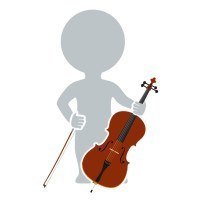 Granted, that’s a really old joke but it seems timely given a recent topic bouncing around related to the notion of degrees and career paths. It started off with a post from Alex Tabarrok on 2/4/2016 at MarginalRevolution and was picked up by Joe Patti via a pair of posts from 2/9/16 and 2/10/16.

Long story short, it seems that the economic downturn didn’t do much to dissuade Millennials from pursuing degrees in visual and performing arts; in fact, they were more popular than computer science, math and chemical engineering degrees combined.

The topic has generated a few hundred comments via Tabarrok’s post but Patti’s articles break out of narrowly defined discussions typical with discussions on this topic.

This ignores the fact that the value of computer programs, chemicals, medicine, etc., don’t become self-evident upon creation. Like it or not, marketing, advertising and design communicate something that draws attention and causes people to value those items. Whether that thing deserves to be valued is another conversation altogether.

Although there’s plenty to be said for the benefits of hyper specialization in degree programs, that doesn’t mean it is free from negative byproducts. There’s no denying that hyper specialized degrees help push boundaries and raise standards, but we cross into the dangerous territory of limited portability syndrome when we forget just how much can be accomplished though career cross pollination.

One new connection I want to attach to this larger discussion is how all of this has worked its way into how we hire arts managers.

Vu Le summed much of this up in a 4/27/2015 Nonprofit With Balls post where he called out fundamental problems in nonprofit hiring practices.

In the post, Le describes them as “medieval, short-term-focused, and inequitable” (emphasis added):

We have an over-reliance on formal education…We have myriad gate-keeping factors…We focus too much on the short-term…We look down on people from our own field…We leave out voices from communities that are most affected…We reinforce dominant, often ineffective perspectives…We drive talented people out of the community or profession.

Those are just the headers for Le’s longer descriptions, so be sure to give the full article a read.

In the meantime, I’m curious to know what you think.

2 thoughts on “What Do You Call A Conservatory Grad Who Couldn’t Win An Orchestra Job?”