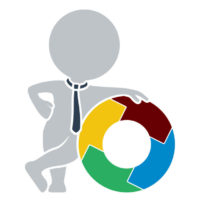 Ironically enough, it doesn’t take very long to begin seeing all sorts of cyclical behaviors and discussions in this field. To a certain degree, the conversations are always new for the incoming generation of managers and artists while the advent increased public dialog across blogs and social media over the last decade has introduced a much broader cross section of stakeholders to topics and ideas that would have otherwise eluded them.

All of that is a very good thing.

Having said that, it is equally important to remember that what may seem novel or innovative is likely much older than you think.

Joe Patti published an excellent post on 8/2/2016 that provides a striking example where he examines some observations from Robert E. Gard in 1952 about the culture field.

Patti sums it up with striking clarity:

So there you go, in 1952 Gard expressed concern that: 1 – America has a slightly hostile streak when it comes to the arts or creative self-expression; 2 – Arts needed to be viewed as more than just simple entertainment; 3- Yet not viewed as the province of an elite few, but as place where people saw their own lives reflected.

In 60+ years since Gard wrote that, little has changed. These topics still dominate conversation and are cause for hand wringing.

This shouldn’t dissuade anyone from engaging in these same conversations; quite the contrary, it should inspire continued discussion albeit with one eye on previous exchanges while the other is affixed on covering new ground. After all, going over the same territory before you move forward isn’t always the most efficient way to catch up.

X
A Mess Of Our Own DesignCommentaryDouglas Rosenthal published an article on 8/1/2016 that tackles the difficult topic of sexual harassment inside the orchestra field. Although the topi…

361 min
X
Obsolescence in 3…2…CommentaryJoe Patti published a thought provoking blog late in the day on 8/9/2017; it was so good, it inspired me rewrite today's article. Titled What Is Requi…
Send this to a friend