The Hashtag #FirstSevenJobs is beginning to make some viral momentum at Facebook and as fun as those can be, let’s take it one additional step and go with #FirstSevenArtsJobs. If you want to score Hearts instead of Likes, mention something positive about each experience. 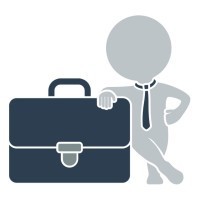 The last paycheck I earned as a wage employee was at MusicLand. Since my career path took a sharp left turn at a comparatively young age by opting for opening my own businesses, I’ve never held that many traditional jobs inside the arts and culture sector prior to age 24.

X
“It’s Smart, It’s Delicate, And It’s Diplomacy At Its Finest”…Current EventsIt is heartening to see the US Armed Forces actively push back against the proposed amendment from Rep. Martha McSally (R-AZ), and co-sponsors Rep. St…

572 min
X
Musicians As A Community ResourceCurrent EventsIt is always a pleasure to work on unique projects. One recent example I wanted to point out today is the work that went into the new website for Pitt…
Send this to a friend