In July 2017, the Symphony Society of San Antonio (which ran the San Antonio Symphony) abruptly announced they were terminating operations on August 31, 2017 and assigning all mission driven activity to a newly formed 501(c)3, Symphonic Music for San Antonio  (SMSA). This successorship includes the existing collective bargaining agreement with the musicians, which expires on August 31, 2017. 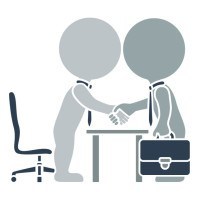 Questions about how the new organization planned to handle this critical element were paramount on stakeholders’ minds.

If that weren’t enough, the SMSA had no full board nor did they have an executive administrator. This, in combination with hardly more than a month of time to negotiate, is not a typical recipe for smooth labor relations.

Fortunately, the SMSA did install a new executive on Aug 7, retired San Antonio  Express-News President and Publisher Tom Stephenson. While the full board has yet to take shape, there are enough members to form an executive committee and approve any new collective bargaining agreement (CBA).

On August 25, 2017 the SMSA and their musicians announced an extension of the existing CBA through December 31, 2017. According to the musicians’ press release, Stephenson was involved “although [negotiations] stalled a few times due to changes on the Board/Management side of the table, [talks were] amicable and productive.”

Although both sides will continue negotiating to reach a new agreement, the extension means that scheduled concert and mission driven activity will commence on schedule and remain in place through December 31.

An August 24, 2017 article at mysanantonio.com written by David Hendricks includes a quote from Stephenson about the transition process that might pique the interest of experiences orchestra managers.

The transition between the two nonprofit organizations “has been more complicated than anyone thought it would be,” Stephenson said.

Stephenson, who has not worked inside the orchestra field prior to this position, may be equally surprised that the application of the pronoun “anyone” would elicit a thunderous collective guffaw from every other orchestra executive.

On a positive note, the December 31 extension provides a bit more room from Stephenson and the SMSA board to accelerate their learning curve.