When all else fails, try burying bad PR under a sack of cash. That appears to be what the Oregon Bach Festival (OBF) and University of Oregon (UO) decided when it came to the snowballing PR disaster following their decision to end Artistic Director Matthew Halls’ three-year contract extension a mere two months after it was signed.

An article by Saul Hubbard in the 9/14/2017 edition of The Register-Guard reports that the UO and Halls reached a settlement that agrees to pay the latter $90,000 within 30 days of the agreement’s onset in exchange for all parties agreeing to non-disparagement terms (the Register-Guard obtained a copy of the agreement, which they made available at their website).

The Parties to this agreement will make no negative or disparaging oral or written remarks or statements of any nature about the Parties to this Agreement, including the Released Parties, to any person or entity, either publicly or privately, by any medium, including, without limitation, blogs, social networking sites, or other electronic communication methods. Nothing in this non-disparagement provision precludes any of the Released Parties from defending themselves in or responding to any judicial, administrative, regulatory, or board proceeding. 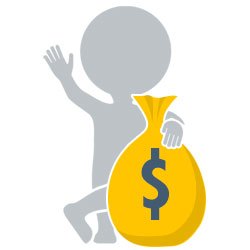 For the most part, the agreement is just about as amicable as two parties can be when neither wants to admit wrongdoing or even look at one another across a table. To that end, it contains a few additional items worth noting:

In conjunction with the agreement are statements from Halls and the OBF.

Halls’ remarks, published in a 9/13/2017 Register-Guard article, are perhaps best defined as unsurprising in the wake of a settlement.

“Whilst the initial decision was shocking and disappointing, with a few weeks to reflect I’ve come to the realization that at this point my moving forward to other ­opportunities is for the best…It is now clear to me that the role of the artistic director has changed significantly from the position I signed up for back in 2011.”

Whereas Hall’s remarks kept his cards close to the chest, the UO statement from Provost Jayanth ­Banavar tipped their hand a bit (emphasis added).

“As the festival approaches its 50th year in 2020, everyone involved in the festival is eager to move forward with programing and activities that are consistent with the legacy established by Helmuth Rilling and Royce Saltzman.”

Helmuth Rilling was the festival’s co-founder and remained in the position as artistic director from 1970-2011.

Barring any additional voices coming forward with verifiable accounts, all indications point to this as being a severe case of Founder’s Syndrome.

Given Hall’s stature within such a narrowly defined classical music field, it will be fascinating to see how the OBF and UO move forward without first taking several leaps backward. Much like artistic integrity, institutional credibility is a fragile thing. It takes years to develop but mere months to dissolve.